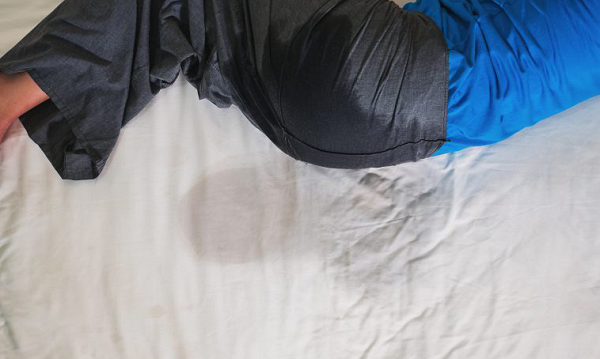 The Western North Regional Police Command have arrested a couple for beating their four-year-old daughter to death for bedwetting at Yakasi in Aowin District of the Western Region.

The couple attempted burying the remains of the child before an informant from the community spotted them and reported them to the police leading to their arrest.

The suspects identified as Salome Oteku, 27, and Effah Donaldson, 34, stay at Yakasi with their daughter Francisca Etuteh, who is the stepdaughter of the male suspect (Donaldson).

The couple is said to regularly punish the little girl for bedwetting but went overboard last Tuesday.

The two were said to have beaten her till she fell unconscious and after a few moments of lying down motionless, the two realized they went too far and decided to rush her to Aowin Community Clinic at New Yakasi.

According to sources, the couple in previous attempts to stop the child from bedwetting carried her and placed her buttocks on boiling water in a bowl, which resulted in serious injuries.

The two were said to have also beaten little Francisca resulting in the dislocation of the arm and injuries at her back, a situation which prevailed until the current punishment which led to her death.

At the hospital, the little girl was pronounced dead and the parents took her body away and in their attempt to bury her, they were discovered and arrested.

When contacted, the Western North Regional Police Public Relations Officer, ASP Micahel Nkekesi who confirmed the incident said the suspects have been put before the Enchi District court and have been remanded in police custody for further investigations.

The body of little Francesca he said has since been deposited at the Enchi Government Hospital for autopsy.