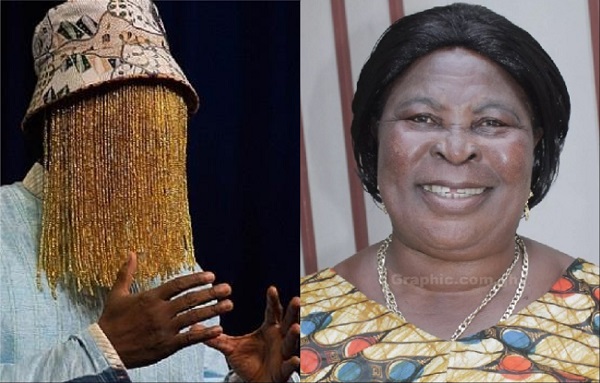 Be resolute, do not be scared - Akua Donkor urges Anas Follow @Graphicgh

The founder of the Ghana Freedom Party (GFP), Akua Donkor has urged investigative journalist Anas Aremeyaw Anas to remain resolute and focused in his quest as an anti-corruption crusader.

The critics led by Assin Central Member of Parliament, Kennedy Agyapong have accused Anas of employing entrapment and blackmail for his investigations.

According to Mr Agyapong, the modus operandi of Anas in entrapping people should not be countenanced by Ghanaians.

He has, therefore, vowed to expose Anas and show the property he [Anas] has acquired, which Mr Agyapong thinks was acquired through “dubious” means and not under genuine circumstances. He alleged blackmail as a means through which the ace journalist has acquired the said properties.

In a radio interview, Mr Agyapong boasted that he has also started secretly filming Anas and at the appropriate time he will also expose him.

However, according to Madam Donkor - who is in Accra to watch Anas' latest documentary titles #Number12 - the investigative journalist should not be daunted by his critics because corruption must be exposed at all costs.

She told the GraphicOnline in an exclusive interview that she will continue to pray for God's guidance and blessings for Anas.

Meanwhile, hundreds have begun trooping to the Accra International Conference Centre to catch a glimpse of the premiere of the #Number12 expose which promises to reveal the extent of corruption in Ghana football.