Transport fares down by 15.3% from today 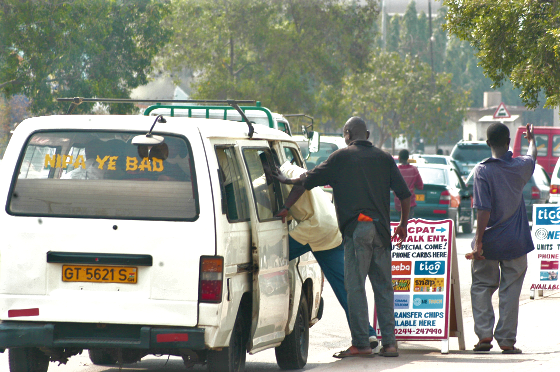 From today, transport fares are expected to go down by 15.3 per cent, the Ghana Road Transport Coordinating Council (GRTCC) and the Ghana Private Road
Transport Union (GPRTU) have announced.

The reduction in fares is to commensurate with prevailing fuel prices on the market and it follows engagements between transport operators and the Ministry of Transport.

The operators said having observed the reduction in the prices of petroleum products, they had been responsive to the situation and thus engaged stakeholders to give consideration to a review of fares, in line with the Administrative Instrument.

“Consequently, a series of negotiation meetings were held with stakeholders to agree on an acceptable level of fare reduction commensurate with the current fuel prices,” it said.

Last week, although the prices of fuel continued to fall, leading to calls from the public for the operators to reduce the fares, the latter were reluctant to do so, saying they needed to observe the trend.

Mr Abulbire, in an interview, had explained that the union would not rush into a reduction until all the components that contributed to the increase in transport fares were reduced.

TotalEnergies is also now selling a litre of petrol at GH₵13.40,while diesel is selling at GH₵15.85 per litre.

Some other OMCs, such as STAR Oil, are selling a litre of petrol at GH₵12.55, while diesel is being sold at GH₵15.39.