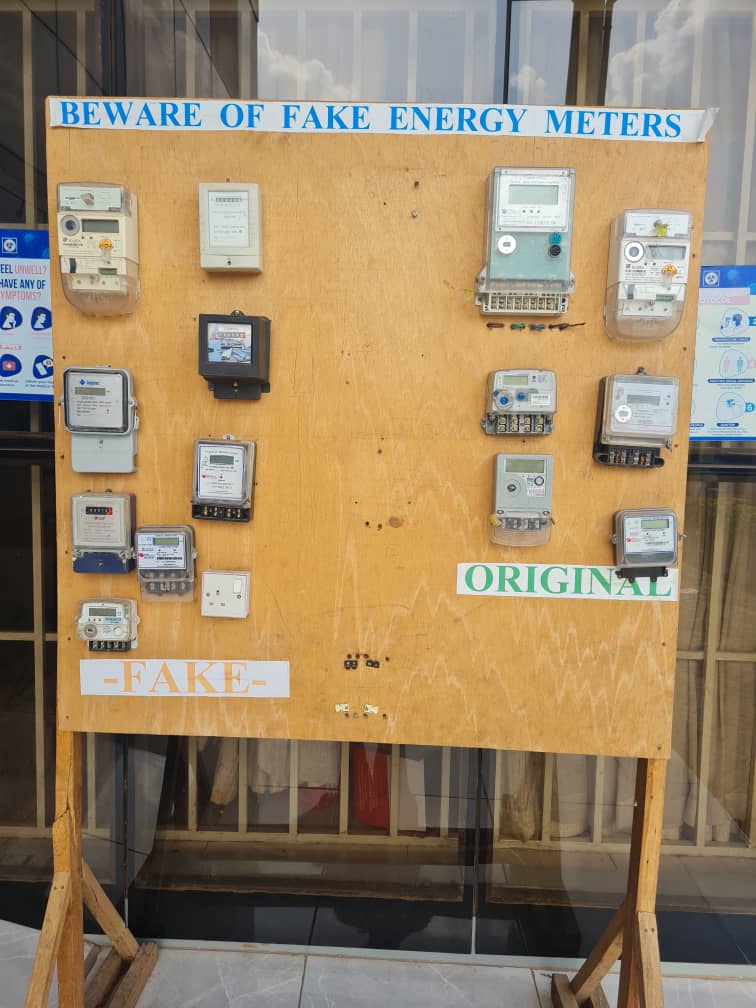 The Krobo Office of the Electricity Company of Ghana Limited has embarked on a campaign against fake energy meters in a bid to protect customers from issues associated with use of such meters.

The office has, for the past few weeks, displayed a number of these fake meters alongside original ones on a notice board at the office, where customers are constantly engaged and educated so as to become aware of the various types of fake meters in the system.

This campaign was necessitated when, during routine monitoring exercises, it became apparent that a number of customers had fake meters installed at their premises.

"Customers are being continually scammed by vendors of fake meters who pose as ECG workers, approach potential customers and then eventually give them these fake meters", the Engineer in charge of the office, Tetteh Apan said.

He added that "customers are usually caught unawares by these vendors of fake meters which are made to seem like they are from ECG".

He added that the nameplates of the meters are changed to often look like that of original meters.

Some of these fake meters work alright but as they are not part of the ECG system, customers will often not get bills.

However, once the meter is seen by the ECG, the total amount of energy it has consumed is determined and the user is billed accordingly. The energy supply of the user is also cut off and they are asked to report to the ECG office to start the process of acquiring a meter correctly.

Potential customers of ECG and the public are being encouraged to ignore such fake meters to avoid issues.

The public have shown interest in this campaign by engaging ECG officials and asking for the differences between the fake and original meters, as well as what to do in case they chance on some.

On this, they are told to inform ECG so the necessary punitive and corrective measures can be put in place.

Monitoring and auditing of energy meters and other equipment are part of the core activities undertaken by the ECG.

These are done to ensure the integrity of these and to ensure that they are working as they should. In instances where fake meters are seen, they are seized by the ECG. ECG pleads with the public to help in informing them about such fake meters whenever they chance on some.