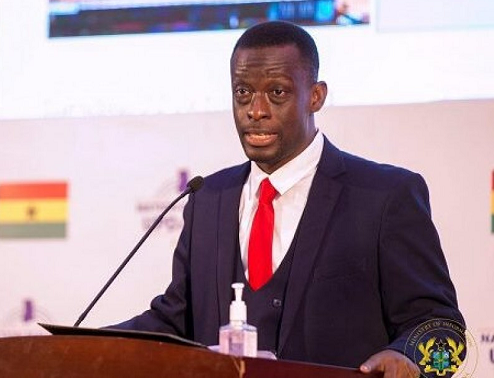 The Western Regional Police Command has been directed to investigate the 28-year-old woman, Josephine Mensah, who allegedly went missing in Takoradi on Thursday, September 16, only to resurface five days later but without her supposed, near term pregnancy.

Also to be investigated are Josephine’s husband and her mother.

The call for a probe of the family follows what the Western Regional Minister terms as gaps in the stories of how Josephine ‘vanished’ and ‘reappeared’ as well as what health professionals and security experts are saying of the incident.

Kwabena Okyere Darko-Mensah says per his information, the preliminary investigation points to the fact the woman in question was neither pregnant nor been assaulted as the family wants the public to believe.

Speaking to the Daily Graphic, the Regional Minister, Mr Darko-Mensah who is also the Chairman of the Regional Security Council (REGSEC), said Josephine does not bear any of the traits of a woman who has just delivered.

A scan by the medical team at the Axim Hospital, he said, showed the woman was never pregnant – there was no sign of lochia - the usual discharge after a vaginal delivery.

The minister said he directed the police to carry out a full investigation into the case to establish that the woman was indeed pregnant, was kidnaped and forced to deliver and if the child could be found.

Asked why the directive to investigate the family, the minister said owing to the bad image being created that Sekondi-Takoradi is not a safe place for business – “Let me assure the citizens that Takoradi is safe and that the police would investigate and ensure that the truth is unearthed.”

He said the story going round that the woman was kidnaped with her pregnancy has become a national issue and would not be overlooked. “We have to make sure that the incident was fully investigated and if it turns out to be false we clear the image of Takoradi and the law takes its course.”

Josephine Mensah is under police guard at the Axim Government Hospital from where she is expected to be transferred to Sekondi-Takoradi for further investigation.

Last Thursday, the 28-year-old woman said to be pregnant allegedly went missing and was found around Axim in the Western Region after five days.

She was reported missing after going for a routine dawn walk on Thursday, September 16, 2021.

A senior brother of Josephine, Alex Essien, told the Daily Graphic her sister was unable to speak when she was discovered. All she could do was to motion for a piece of paper and pen on which she scribbled her brother's contact number.

According to Essien, Josephine was said to be crying upon her discovery but was unable to tell what had transpired or where she had been. However, medically the woman is set to be fit and was not pregnant.