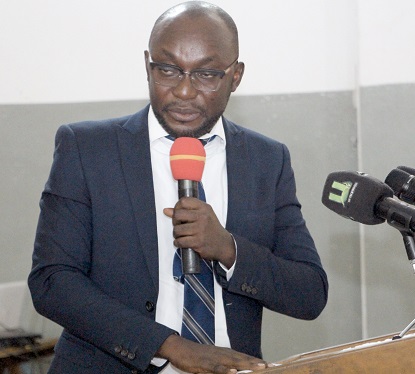 The government has disbursed about GH¢40 million in scholarships to some 29,000 Ghanaian students in public and private tertiary institutions this year.

All the students are undertaking various courses of study in the country.

Briefing the press yesterday, the Registrar of Scholarships, Mr Kingsley Agyemang, said GH¢12 million of the amount was spent on students in private tertiary institutions.

He indicated that the scholarship covered mostly the payment of academic facility user fees.

He noted that the move by the President had put to rest the notion that private tertiary institutions had not been given the needed attention by the government and left to their fate.

“This is indicative of the fact that President Akufo-Addo puts premium on education. He is carrying everybody along, both private and public universities. This is good news for our brothers and sisters in the local tertiary institutions,” he stated.

Mr Agyemang said with the establishment of the District Scholarship Review Committee, the Scholarships Secretariat was working with the metropolitan, municipal and district assemblies (MMDAs) to ensure that the gesture from the President was effected to the benefit of all deserving students.

Mr Agyemang further disclosed that for the 2020/2021 academic year, the Scholarships Secretariat and GETFund had made a provision of GH¢80 million to cater for students in local tertiary institutions.

“What this means is that, the number of beneficiaries will increase to about 70,000 students by the end of the academic year,” he said.

The registrar said the government had and would continue to introduce more policies to make education accessible to all.

He mentioned decentralisation and digitisation of scholarships, research allowances for PhD students and the President’s special initiative to encourage the learning of the French language in tertiary institutions as some of the innovative and definite policies that had been rolled out since 2017.

“Students should expect more goodies from the Akufo-Addo government. No one will be left behind,” he said.