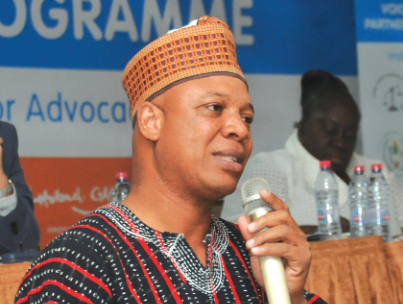 The Ranking Member on the Energy and Mines Committee of Parliament, Mr Mutawakilu Adam, has urged the government to settle the case in which some workers of the Electricity Company of Ghana (ECG) have sued the state over the payment of severance award out of court.

He told journalists in Parliament on Thursday that the entrenched position taken by the Minister of Energy, Mr Boakye Agyarko, on the fate of the workers was the reason the workers had taken the matter to court.

He said Ghana risked losing out on the concessionaire deal, which was expected to be consummated in September next year, if the impasse between the government and the ECG workers was not resolved.

About 1,000 workers of the ECG have gone to court to challenge moves to hand over the operations of the company to a concessionaire without any redundancy package for them.

They are urging the Labour Division of the High Court to declare that sending ECG workers, including the plaintiffs, on permanent transfer constitutes a redundancy.

The workers are also asking for a declaration that the decision by the Minister of Energy to conduct redundancy negotiations with individual employees of the ECG, including the plaintiffs, is illegal and constitutes a gross violation of Section 65 of the Labour Act.

Mr Adam said the workers took the matter to court because the Minister of Energy was not ready to engage them properly.

"As of the time the minister announced the takeover and finally indicated that those who did not want to work with the concessionaire would be paid their redundancy package, he had not met with the workers union. It was unfortunate," he said.

Mr Adam, who is the Member of Parliament (MP) for Damongo, said the minister should rather dialogue and coordinate with the workers to get a sound resolution of the issue but not take an entrenched stance.

"The workers feel they are not being respected. I think the minister should take his time and dialogue with them so that Mother Ghana moves forward.

Mr Adam said assurances to the ECG workers that their jobs would be secure were not enough and that those assurances should be documented.

He said if the workers would be given their redundancy package or absorbed in the new entity, there should be a legal agreement between them and the government from now to that effect.

He said it was wrong for the workers to be left in the dark as to their fate until the ECG had been taken over by the concessionaire in September next year.

Making reference to the takeover of the UT and the Capital banks and the assurances given to their workers that they would work, for at least six months, he said: "Less than three months they are being sacked.

“So it tells you that assurance by word of mouth is not enough,” he said.