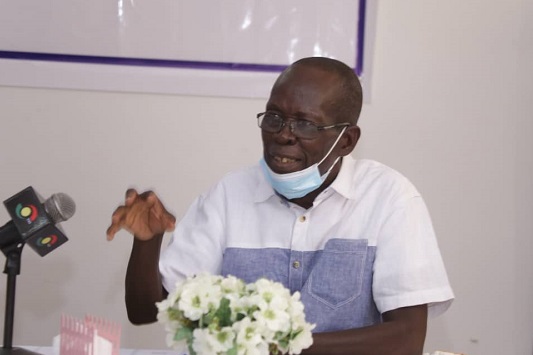 A two-day national capacity building workshop for leaders of worker unions affiliated to the Ghana Federation of Labour (GFL) has ended in Accra, with a call on the Trades Union Congress (TUC) and public sector unions to take immediate steps to re-engage the government to review the salary adjustments for 2021 and 2022.

In a resolution passed at the end of the workshop, the 25 participants drawn from the 13 affiliate unions of the GFL, expressed concerns about the brouhaha within the labour movement over "ineffective workers leadership at the national level" which resulted in botched negotiations with government.

They observed that the four per cent salary increment for public sector workers needed to be given a second look, for which reason the organised labour and government must re-engage to meet each other halfway.

Among other things, they said it was important for the government to pay heed to the concerns of the aggrieved public sector workers to curtail the mounting agitations against their national leadership.

The tripartite committee, comprising the government, employers and organised labour announced four per cent and seven per cent increment in the salaries of public sector workers for 2021 and 2022.

The announcement of the salary increment was met with agitations by some workers who said it was paltry and would not meet their current living conditions.

At the close of close of the two-day workshop yesterday (September 29), the participants observed that a renegotiating of the salary increment was the way to go.

The workshop was organised by GFL in collaboration with the International Labour Organisation (ILO).

The participants critically examined the prevailing challenges facing the trade unions in Ghana and created awareness among the leadership of the Ghanaian public sector on the GFL's role in defending and promoting the welfare of workers and the society at large.

Speaking to the Daily Graphic on the resolutions by the GFL, the General Secretary of the Federation, Mr. Abraham Koomson, said if the government reconsidered the salary increment, it would avert aggravation of the situation which had the tendency to negatively affect productivity and economic growth.

Again, he said a return to the negotiation table was important because it would give the tripartite committee the opportunity to appropriately appreciate the concerns of workers.

Mr. Koomson said there was the need for robust structures by organised labour as required by law to address the concern of workers.

"The participants observed that the lack of organised labour structures to conform and function as provided under Sections 112 and 113 of the Labour Act 2003 Act 651 are the cause of the upheaval," he said.

The GFL is a national trade union in Ghana. The origin of the federation can be traced to the departure of a group of workers from the TUC-affiliated Industrial and Commercial Workers' Union (ICU) who then founded the Textile, Garment and Leather Employees Union (TGLEU) in 1993.

The TGLEU subsequently attempted to affiliate to the TUC, but was refused.

In 1996, changes in labour law in Ghana allowed trade union pluralism, and in 1998, the GFL was founded.