Research hints of water crisis by 2025 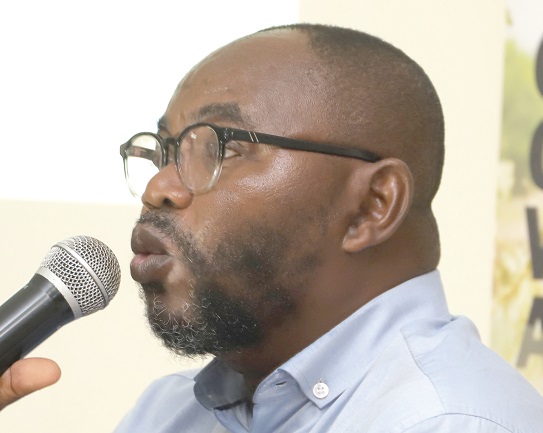 A study conducted by the Water Resources Commission of Ghana (WRC) has predicted that the country will become water-stressed by 2025.

The research, funded by WaterAid Ghana, a non-governmental organisation, and supported by the WRC, was conducted in four districts — Bongo, Kassena Nankana West, Bawku West and Wa Municipality.

It was aimed at investigating the impact of climate change on water security in Northern Ghana, and to review Ghana's National Climate Change Adaptation Strategy (NCCAS) and the National Determined Contribution (NDC) to prioritise issues of water security, sanitation and hygiene.

The research was also to understand the perception and awareness level of the community members on climate change.

A country becomes water stressed when the demand for water exceeds the available amount during a certain period or when poor quality restricts its use.

"If a country is water-stressed, it means that we wouldn’t have water that we need for our development processes, and even if we do have it, it might be excess which might result in floods,” a Senior Researcher at the Centre for Climate Change and Sustainable Studies, University of Ghana, Dr Robert Manteaw, said.

“It also means that there would be shortages in places where there shouldn’t be shortages, and these will be caused by changes in climatic conditions,” he added.

Presenting the findings, Dr Manteaw explained that about 60 per cent of the 100 respondents knew about climate change, with their main source of information being the media. 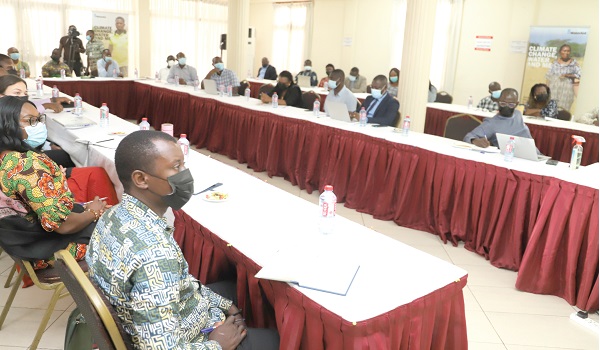 He said climate change impacts in the districts included seasonal changes in the water table, unpredictable and erratic rainfall pattern, high temperatures during the peak of the dry season, and frequent drought and floods.

He also noted that 80 per cent of diseases in the country were caused by unsafe water and poor sanitation.

“Water-related diseases such as typhoid, skin diseases and dental fluorosis among children in the communities have been identified in the study areas,” he said.

“The government must secure increased investment each year from 2020 to 2030 to deliver resilient WASH for all as guided by the estimates within Ghana's NDCs,” he added.

He also urged stakeholders in the water and sanitation sector to pay attention to the development of national policies on climate change to ensure that their interest was implemented.

The Head of Advocacy, WaterAid, George Yorke, also called on stakeholders to use every available platform to intensify discussion on climate change and water crisis.

The participants urged the government to prioritise safe water as a critical resource while tackling the impact of climate change.