Property rate is mandatory, not negotiable 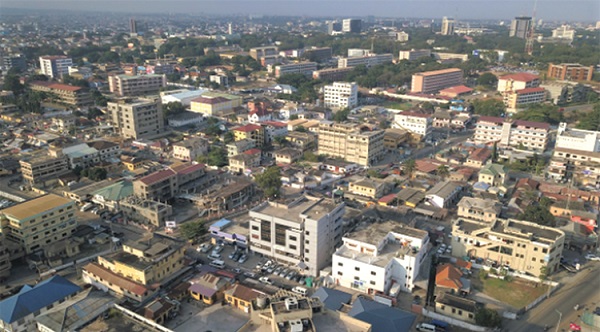 The city of Accra
30.5k Shares

There have been ongoing conversations on the need to find effective ways to generate enough revenue to promote national development.

The Finance Minister, Ken Ofori Atta, in an address on the economy on Thursday, March 24, 2022, acknowledged the implementation and collection of the revised Property Rate as one of the ways of increasing revenue mobilisation.

Three officers in charge of revenue mobilisation at their respective Metropolitan Municipal and District Assemblies (MMDAs) in separate interviews confirmed property rate to be one of the best options to generate sufficient revenue for the country.

Property rate is the amount charged by the MMDAs on immovable property each year.

It is the product of the value of a property and the percentage rate charged on a property's value.

Article 245 of the 1992 Constitution has prescribed the functions of district assemblies to include the collection of taxes, rates, duties and fees.

Such revenues are needed by the assemblies to provide basic services, such as the construction and maintenance of streets, storm drainage structures, recreational facilities and libraries.

The officers explained that although they are unable to collect the property rate of all structures within their jurisdiction, the collection so far was encouraging.

They noted that despite the challenges faced, such as inadequate logistics to assist in collecting property rate effectively, revenue mobilised over the past three years has been progressing steadily.

They indicated that more revenue would be realised, if adequate logistics and funding were available.

“In setting the target, we know that we are not able to collect everything, so we set a particular target, for instance 10 per cent of what needs to be collected, and year on year, when we set such targets we closely meet them.

For the Korle Klottey Assembly, Mr Ernest Tagoe said property rate was one of the highest contributors to its Internally Generated Fund (IGF) and total revenue of the assembly.

Mr Tagoe mentioned the deliberate refusal by some elite property owners to pay their property rate, as well as the difficulties in collecting property rates from poor neighbourhoods, where property was co-owned by fourth and fifth generational families, as some of the challenges faced.

For Ga North, their challenges included boundary disputes, inadequate incentives and lack of regular training for its revenue collectors.

To him, there was the need for a broader consultation and familiarisation, particularly at the grassroots level to create good mutual relations between property owners and revenue collectors.

“If  the assembly should also have excess cash flow, we will be able to reach every Tom, Dick and Harry in the community.

Property rate is mandatory, it is not negotiable,” he said.

Some property owners, who consciously pay their property rates, say they do so because it is mandatory.

“I pay my property rate. The payment is done yearly so I don’t have a problem with it; but I will advise the assemblies to use the money well to encourage people to pay.

“I believe people are not paying because they do not see any development in their communities,” Mr Francis Adu in Kwashieman said.

However, other property owners who do not pay property rate said they defaulted in payment because they did not see tangible benefits from their tax payments.

“For me, until I see some development in my community, I will not pay the property rate,” Doris Adjei, a resident of Kokomlemle said.

Property rate, according to the law, is mandatory, except for public worship centres, cemeteries, burial grounds, charitable or public educational institutions, public hospitals and clinics registered with the district assembly, as well as premises owned by diplomatic missions approved by the minister of foreign affairs and regional integration.

The government must also increase funding to the assembly to ensure effective collection of property rate.

The MMDAs must, on their part, provide the social amenities needed to encourage residents of their jurisdictions to pay their rates.