The prosecution in the trial of the murder of former University of Ghana law lecturer, Professor Emmanuel Yaw Benneh, has finally submitted a comprehensive medical report on the second suspect, Opambour Agya Badu Nkansah.

Nkansah, who is facing the court on charges of conspiracy and murder has been absent for eight consecutive times since October 14, 2020 after the prosecution had told the court that Nkansah was indisposed and was receiving treatment at the Police Hospital.

At the Kaneshie District court Tuesday, December 29, 2020 the presiding judge, Ms Ama Adomako Kwakye who acknowledged receipt of the medical report indicated that all the cost borne by the state in treating Nkansah could have been prevented.

She further advised the police and investigators to handle accused persons in custody professionally.

The prosecutor, Inspector Ebenezer Teye-Okuffo further prayed for an adjournment since Nkansah was still on admission at the hospital.

The presiding judge further asked the prosecutor about the preparations towards committal proceedings.

In his response, Inspector Teye-Okuffo said the prosecution was waiting for Nkansah to be released from the hospital in order to enable it to consolidate the charges and forward the docket to the Attorney General's Department for advise.

Counsel for Nkansah, Mr Emmanuel Larbi raised concerns about the absence of his client as well as the medical report.

The court further ordered counsel to apply for copies of the medical report. 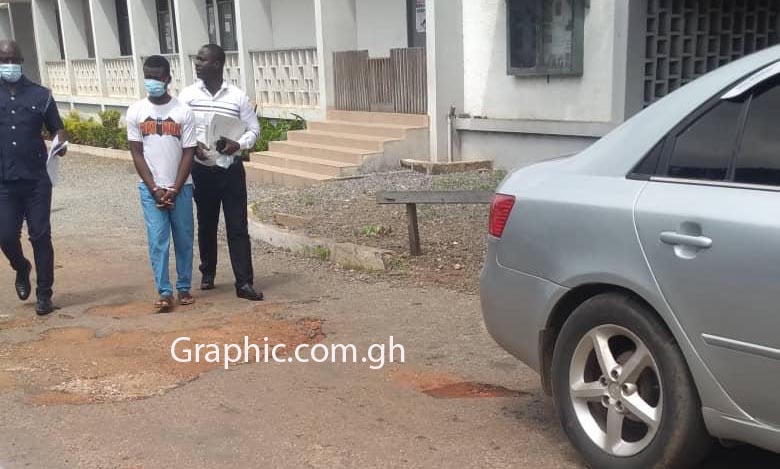 Meanwhile the prosecution is waiting for Nkansah to be discharged in order to consolidate his charge sheet and that of the third suspect, Ebenezer Kwayisi, aka Junior, who has been slapped with a charge of murder and abetment of crime.

The lead suspect, James Nana Womba, who, according to the police, confessed to killing Prof. Benneh, died on October 17, 2020, in the custody of the police.

According to the police, he fell ill suddenly and was rushed to the Police Hospital, but he died later.

Prof. Emmanuel Yaw Benneh, who was a Senior Lecturer with the Faculty of Law, University of Ghana (Legon), was found dead at his residence at Adjiringanor in Accra.

The body of the younger brother of a former Vice-Chancellor of the University of Ghana, Prof. George Benneh, was discovered in his residence on Saturday, September 12, 2020, lying in a pool of blood, with his hands tied behind him with cuts all over his body.