A demonstration, which some political pressure groups hoped would ratchet up pressure on the Electoral Commission (EC) to create a new voters’ register, turned violent, Wednesday, when some of the demonstrators deviated from the planned route. The group of demonstrators, comprising the Alliance for Accountable Governance, Let My Vote Count and the New Patriotic Party, had rallied hundreds of protestors in Accra to demand the creation of a new voters’ register.

Draped in white attire and waving placards with inscriptions such as ‘No voodoo register in Ghana’, and ‘Ghost names votes for goats’, the protesters, enthusiastically singing and dancing, set off from the Obra spot and made their way through Kwame Nkrumah Avenue en route to the Hearts of Oak training grounds near the Arts Centre.


Guided by scores of police personnel, supervised by the Director General of Administration of the Police Service, Commissioner of Police (COP) Rose Bo-Atinga, the protest initially went on smoothly. But when they reached the Holy Spirit Cathedral, the demonstrators tried to veer off the approved route and head towards the the office of the Electoral Commission, leading to clashes with the police.

The police used tear gas to disperse them, while arresting tens of them.

The police had earlier secured a court injunction to restrain the demonstrators from picketing at the head office of the EC, but the protestors attempted to defy it, prompting the police to respond with tear gas and water cannons.

The demonstrators had wanted to present a petition detailing why the current register should be scrapped to the EC. 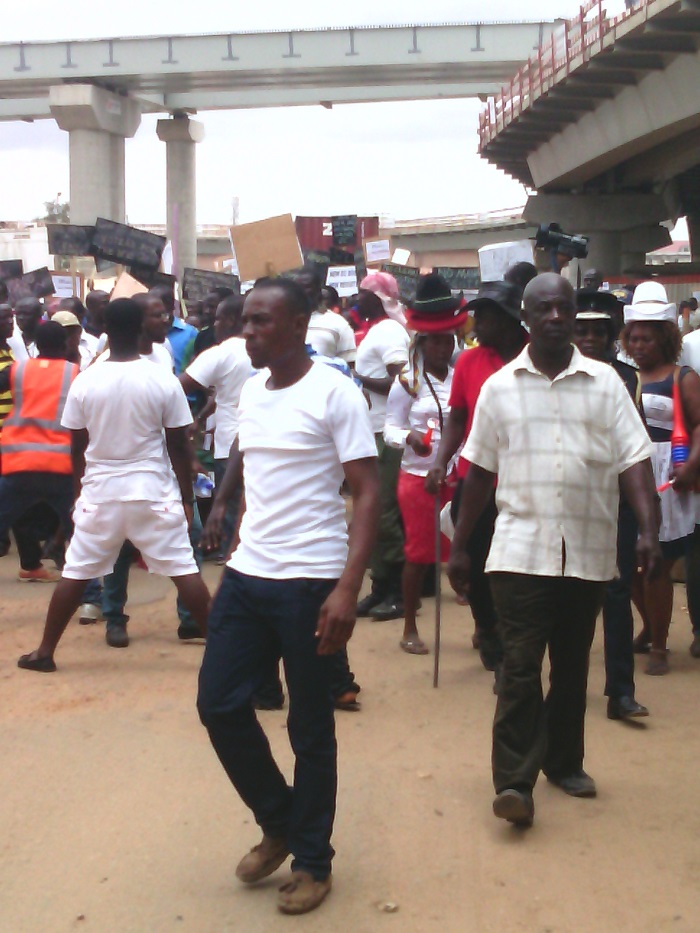