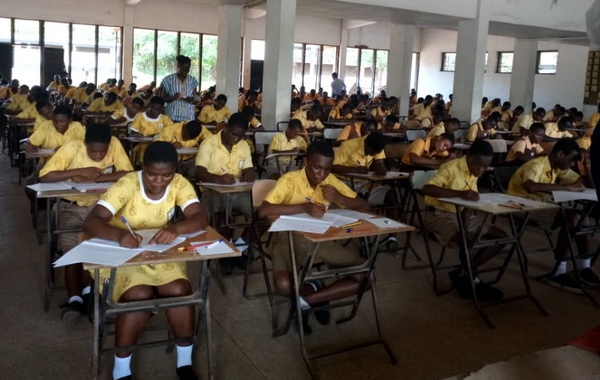 The Proprietor of the Prince of Peace Academy Junior High School (JHS), a private basic school in Tamale, has been arrested for allegedly failing to register 75 students of the school for this year's Basic Education Certificate Examination (BECE).

Mr Sulemana Saeed, 28, was picked up by the police in Tamale after it emerged that 75 students of the school had been denied entry to the examination hall to take part in this year's BECE which began nationwide yesterday.

Saeed is alleged to have taken money from the students but failed to register them to take part in the examination.

The police picked him up at the Northern School of Business (NOBISCO) Examination Centre after the students had heckled him.

The Northern Regional Police Public Relations Officer (PRO), Deputy Superintendent of Police (DSP) Mr Mohammed Yussif Tanko, who confirmed the proprietor’s arrest, said the police received information that Saeed was being attacked by the students and so they rushed to his rescue.

He said preliminary investigations revealed that the money he collected from the students was more than the Ghana Education Service (GES) approved registration fees.

DSP Tanko said the police were currently taking statements from the students to assist with investigations.

The students were left stranded and frustrated at NOBISCO when they could not find their index numbers in the examination hall.

Checks by invigilators revealed that the proprietor had not registered them for the examination.

Out of the 151 students of the Prince of Peace Academy, 76 were registered to sit for the examination and checks showed that only four were active students of the school.

Some of the affected students who spoke to the Daily Graphic said they paid registration fees ranging between GH¢500 and GH¢600 but they were denied entry to the examination hall.

The proprietor is also alleged to have asked the students to contribute GH¢2 each to buy a goat for sacrifice before the examination.

The West African Examinations Council (WAEC) has since launched investigations into the matter.

A  total of 46,744 candidates from 865  public and private JHSs in the Northern Region are taking part in this year’s BECE.

The Northern Regional Director of the GES, Alhaji Mohammed Haroon Cambodia, and some officials of the GES visited the Tamasco and the Ghanasco Examination centres within the Tamale metropolis to observe the process.

He encouraged the candidates to work hard and obtain good grades to enable them to benefit from the free senior high school programme.

Alhaji Cambodia also implored the invigilators to be extra vigilant and curb the malpractices that had characterised last year’s examination.