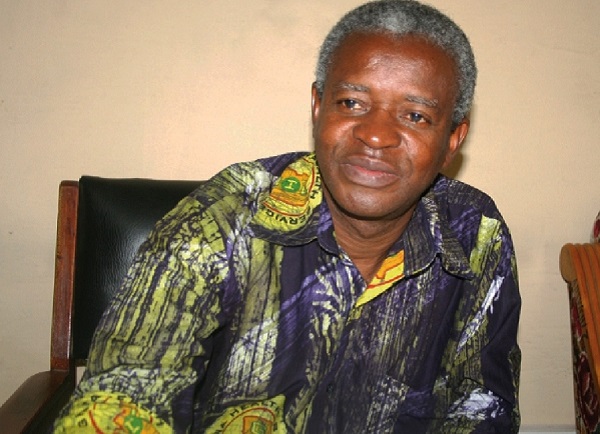 The Chief Executive Officer of the Mental Health Authority (MHA), Dr Akwasi Osei, has appealed to Parliament to pass the Legislative Instrument (LI) on Mental Health to give legal backing to the MHA to function effectively to get rid of mental patients on the street.

Dr Osei, who commended Parliament for the passage of the Mental Health Act, 2012 (846), said there was the need for the early passage of the LI to give legal backing to the authority to function effectively after five years of the implementation of the Act.

He stressed that the passage of the LI would not only make the state commit more resources to addressing issues relating to mental health, but would ensure that all stakeholders in support of the mentally ill live up to their tasks and responsibilities.

He made the appeal in an interview with the Daily Graphic in Accra last Monday.

“The Legislative Instrument (L.I) on mental health, when passed, will go a long way to help remove mental patients from the streets of the country,” he said.

Dr Osei said the bill also stipulated the establishment of a Mental Health Board to be responsible for mental health matters, and made it mandatory for the government to build more mental health institutions across the country.

That, he said, would create the avenue to provide treatment to mental patients on the streets of major towns and cities in the country.

In the quest to get rid of patients on the streets, there would be a unit where mental patients would be taken from the street to the unit, in order to give them intensive treatment.

“Gradually we can get rid of all the mental patients from the streets, because the rate at which mental patients continue to pour on the street is very outrageous and much attention has to be given to it,” he pointed out.

Dr Osei noted that if the LI was passed, the MHA would work with the Ministry of Gender, Children and Social Protection, to have a desk for mental health-related issues so they could be reported directly at the ministry.

“The Ministry of Gender, Children and Social Protection will play a key role in addressing issues of mental patients on the street,” he said.

He noted that the MHA would pay more attention to females because, they were the vulnerable ones and much attention had to be given them.

He expressed optimism that the establishment of the Mental Health Fund would provide resources to execute projects and give the necessary health care to patients.

He pledged that the MHA would work with all stakeholders to end mental patients living on the streets across the country.