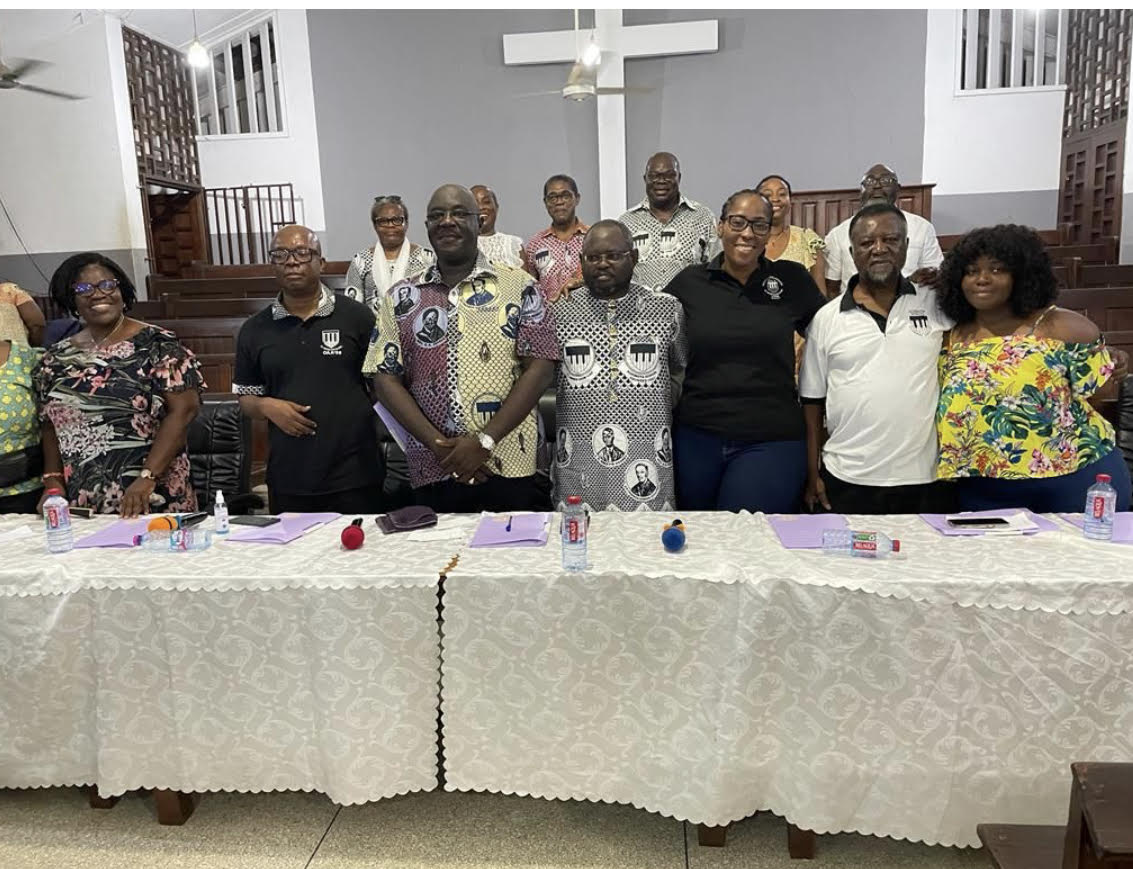 The newly elected officers of the association Follow @Graphicgh

THE Old Achimotan Association (OAA) has elected new officers and an Executive Committee to steer the affairs of the Network for the next two years.

The election of new officers took place at the 2022 Annual General Meeting (AGM) held at Aggrey Chapel, Achimota School on 15th May 2022.

At the end of the regular meeting, which discussed the President’s Report, the audited OAA Financial Statement for 2021, the report and audited Financial Statement of Achimota School Endowment Trust Fund, the Electoral Commissioner, Akora Kwasi Okoh (1968) led the process of electing the new officers. Voting was done electronically and was flawless.

The meeting elected 8 other persons to the Executive Committee. These are

The newly elected OAA President, Akora Joel Edmund Nettey is an accomplished Advertising and Marketing Executive. He is the World President and Chairman at International Advertising Association. Until his election as President, he had served two terms as Vice President. He therefore comes into the position with great experience, an excellent track record and a very strong profile.

The Immediate Past President, Akora Professor Ernest Aryeetey (1973), served three terms from November 2015. He is the Secretary-General of the African Research Universities Alliance and former Vice Chancellor of University of Ghana.

Akora Professor Aryeetey thanked all Akoras for the support they gave him throughout his tenure as President. He pledged to assist the new officers in any way possible to achieve the goals of OAA.

In his acceptance remarks, the new President, Akora Joel Nettey identified a number of key areas that his administration will focus on. He pledged to continue work in all the areas that the previous Executive had worked in. He also promised to work with all Akoras in harmony and to partner effectively with the School authorities.

At the end of the meeting, Akora Professor Ernest Aryeetey was elected to join the new OAA President as OAA representatives on the Board of Achimota School.

The meeting thanked Akora Professor Ernest Aryeetey and his team for a great job done over 6 years in raising the profile of OAA. The accomplishments of the team were mentioned by many as being exemplary. The meeting also expressed its appreciation to the staff of the OAA Secretariat for putting together a very well organized AGM. The work of the Electoral Commissioner was highly commended.