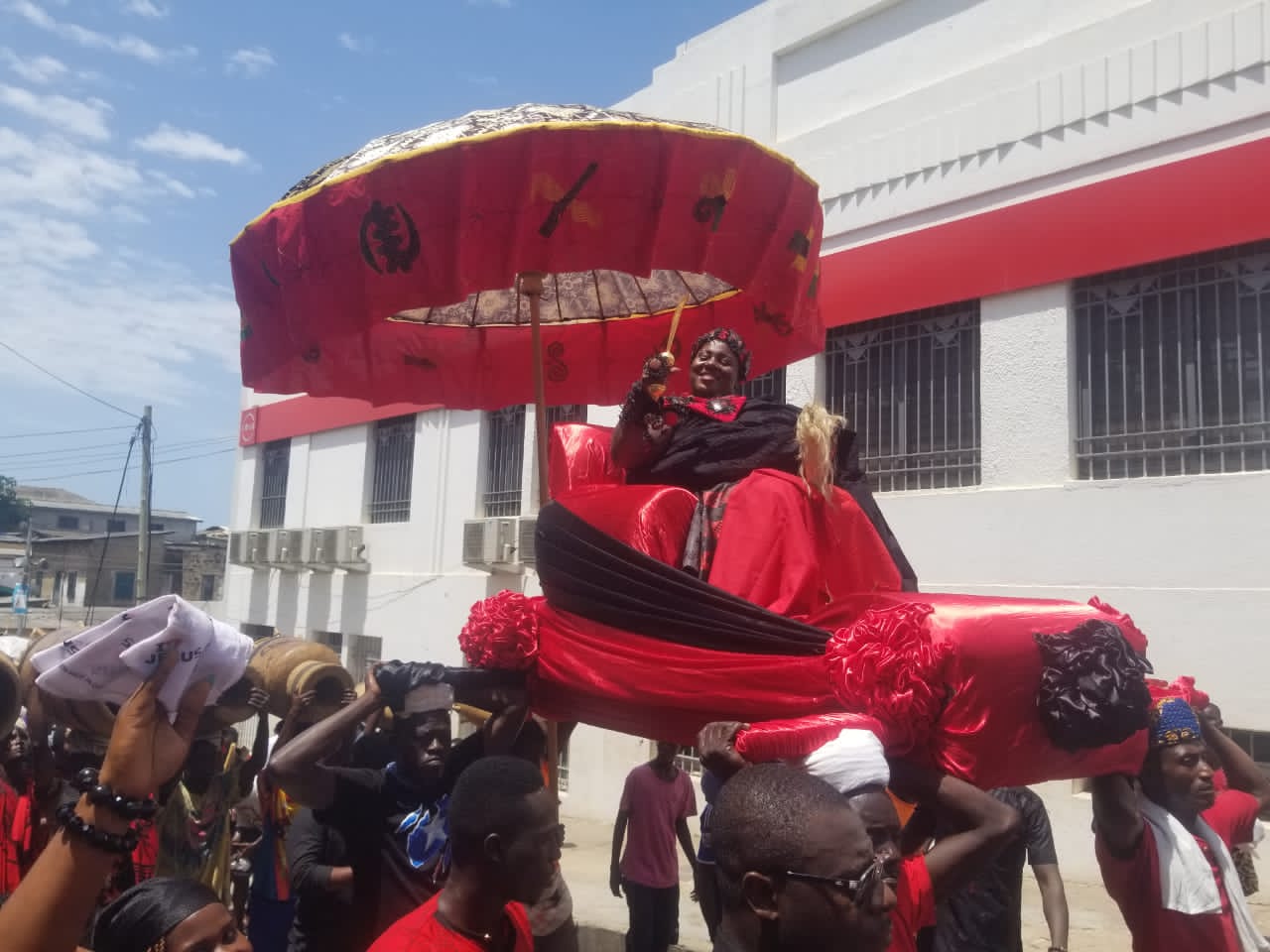 Nana Akua Abookye VI known in private life as Mrs. Felicia Abena Prempeh Sencherey has been outdoored as the Queenmother for the Oguaa Traditional Area.

Nana Abookye VI who was taken into customary custody last week was outdoored at a ceremony at the Papratem Shrine in Cape Coast on Saturday [May 28, 2022.]

She swore the traditional oath pledging her allegiance to the chiefs and to the Omanhen of the Oguaa Traditional Area, Osabarimba Kwesi Atta II and vice versa.

In a brief speech Nana Abookye VI pledged to work earnestly with all stakeholders reduce the high incidence of teenage pregnancy in the area and to improve the wellbeing of the people of Cape Coast.

She appealed for support from all to accelerate the development of the area.

Osabarimba Kwesi Atta congratulated the Nana Abookye VI and called for unity and support from all to make Cape Coast better.

He appealed particularly to the youth to eschew indiscipline and strive to attain their aspirations.

The 49-year-old Queenmother lived and worked in the United States as a certified Nursing Assistant and is married to Mr. John Prempeh Sencherey.

She has four daughters.