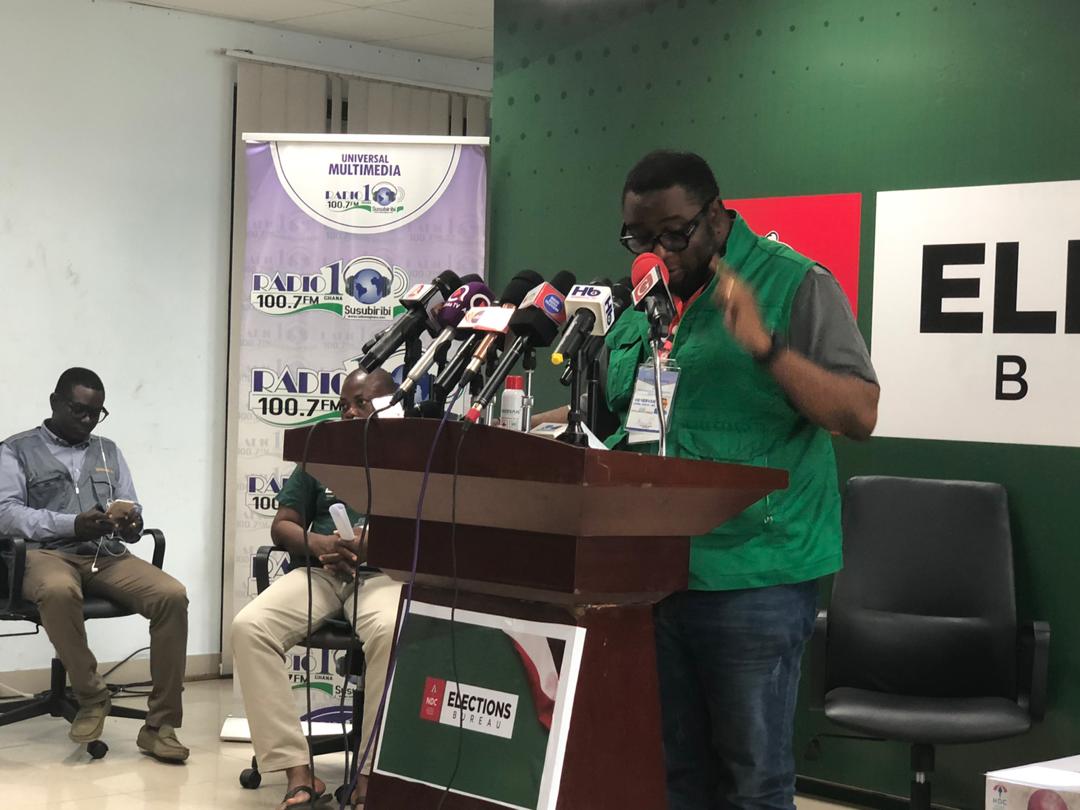 The opposition National Democratic Congress (NDC) has announced some 36 constituencies it claims to have won in Monday's elections.

The Director of Elections of the NDC, Mr Elvis Afriyie Ankrah announced this at a press conference it organised at 12:40am, Tuesday, November 8, 2020.

The seats are those the New Patriotic Party (NPP) won in the 2016 elections, "and we've gotten it back," Mr Afriyie Ankrah said.

The collation is still ongoing.

Watch a video of the press conference below