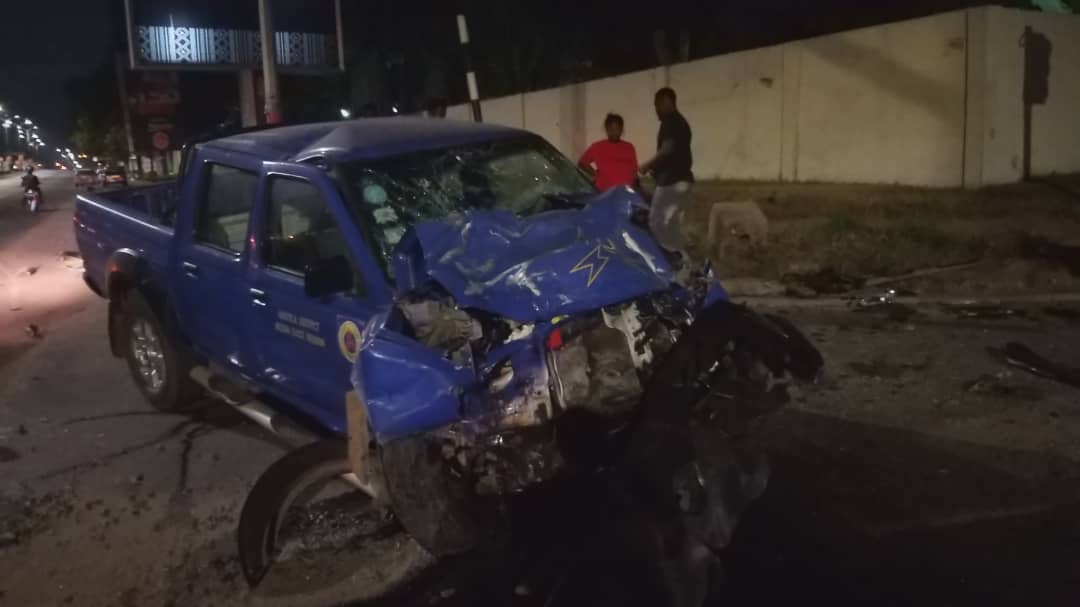 An accident occurred at midnight of the election night at the traffic light at the Association International School and the Airport Police station in Accra.

It involved a black Toyota Landcruiser vehicle and a Nissan Pick, which Up belonged to the Makola branch of the ECG.

There was no police presence at the scene of the accident at the time Graphic Online's Charles Benoni Okine arrived at the scene.

The driver of the Nissan Pickup was sent to the 37 Military Hospital for medical care.

He sustained injuries while the driver of the Landcruiser is walking around.

Eye witnesses said both were travelling at top speed and clashed into each other as the traffic light was on amber.