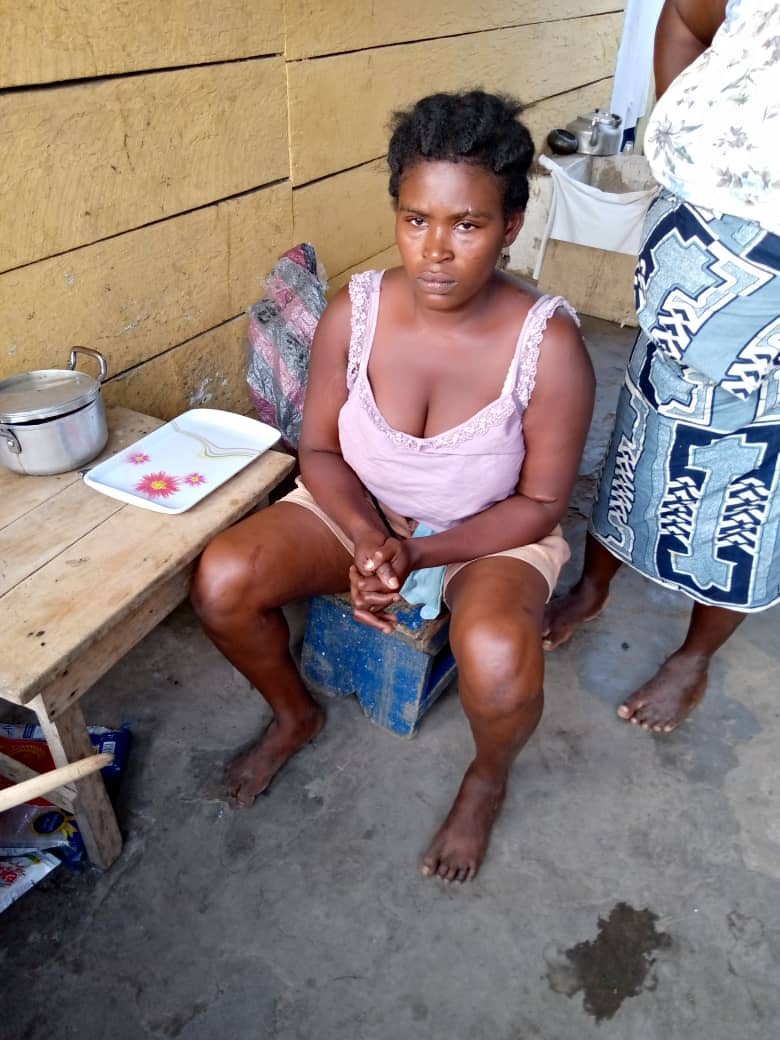 A mother said to be finding difficulties in raising her two children has allegedly poisoned them at Tema New Town in the Greater Accra Region.

The incident which happened on Thursday has resulted in the death of the two children, reports Graphic Online's Benjamin Xornam Glover.

The suspect, Abigail Agbubla Tetteh, 28, was arrested by the Tema Police Command to assist in investigation after she allegedly administered a yet to be determined drug to the children and fled.

The bodies were retrieved in the home of the suspect by the Police on Thursday, July 30, 2020.

The deceased children, a boy and a girl aged two and eight months respectively, were found dead on a bed and locked up in their rooms, after residents became suspicious of their whereabouts.

The incident attracted a crowd to the scene where the children laid motionless on their bed wearing only diapers with foam on their lips and nostrils.

The suspect initially fled the scene but was arrested by some residents who handed her to the police. [Watch video below]

Naawoo Amerley, a traditional priestess in the area said the suspect who had run to her house in the early hours of Thursday, after committing the heinous crime, tried bolting after her deed was uncovered.

Meanwhile the suspect has since been arrested by the police.

She said a team of investigators and the the Crime Scene team visited the scene at Tema Manhean and saw the motionless bodies of two children in a wooden structure.

Chief Inspector Dzakpasu said the team conducted an inspection on the bodies and found no marks of assault however their mouths and nostrils were foamy.

She said that it was suspected that the children might have been poisoned adding that some liquid substances in bottles were retrieved by the police.

The mother of the children was arrested and detained while the bodies were conveyed to the police hospital and were confirmed dead by a medical officer.