Ghanaian law enforcement agencies have been called upon to crack down on celebrities who promote the use of tobacco on social media.

The call was made by the Chief Economist of the Ministry of Finance, Emmanuel Fordjour on the sidelines of the 2022 Annual Coordination Workshop of the Tobacco Control Programme Sub-Grantes organised by the African Capacity Building Foundation (ACBF) in Accra.

He said the practice of smoking on social media poses a serious threat to the health of young people who blindly follow their role models and in the process embrace such vices.

He mentioned that although some celebrities smoke tobacco on social media out of ignorance, others indulge in the practice for monetary gains flouting public Health Act 851 which includes a ban on smoking in public places as well as tobacco advertising and promotion.

Mr Fordjour, therefore, charged the law enforcement agencies to apply existing laws against tobacco such as the laws against smoking in public places.

"Despite this sustained promulgation of legal tools in combating the harmful effects of tobacco use, I must point out that our efforts as a country have recently come under threat from the use of social media to promote tobacco use," Mr Fordjour said.

Enforce laws that protect kids from tobacco use

WHO urges government to control tobacco use

"For instance, these days we often find a number of so-called celebrities who showcase the use of tobacco products such as cigars and shishas on social media. To such people, it is simply fashionable to display a modern trend. Whereas some of the people involved do so out of sheer ignorance of the harmful effects of tobacco, others also indulge in the practice for monetary gains.

"This practice, Ladies and Gentlemen, poses a serious threat to the health of the youth who sometimes blindly follow their role models and in the process, embrace such negative behaviours. In order to stem this harmful tide of tobacco abuse, it is imperative that the relevant law enforcement Agencies apply existing laws against tobacco use especially the laws against smoking in public places".

Chief Economist of the Ministry of Finance, Mr Emmanuel Fordjour (left) exchanging pleasantries with the Director of Programs and Director for West and Central Africa Office of the ACBF, Professor Sylvain Boko.

Reiterating Ghana's commitment to curbing the use of tobacco, Mr Fordjour noted that Ghana has been an active member in the development of the WHO Framework Convention on Tobacco Control (FCTC)since June 20, 2003.

He said in compliance with its responsibilities, Ghana became one of the first countries in Africa to prohibit tobacco advertising by issuing a policy directive to that effect in 1982.

He added that the government of Ghana passed the Public Health Act (851) in 2012 to take concrete steps to reduce tobacco use in the country.

Provisions of this Act include a ban on smoking in public places; tobacco advertising, promotion, and sponsorship; and tobacco packaging and labelling among other controls. These bold steps were later followed with the passing of the Tobacco Control Regulations (L.I. 2247), which entered into force on January 4, 2017.

The five-day workshop organised by the ACBF is themed: Enhanced skills in Governance and Leadership.

It is co-sponsored by the Bill and Melinda Gates Foundation.

The Director of Programs and Director for West and Central Africa Office of the ACBF, Professor Sylvain Boko said participants would learn and exchange ideas and good practices around issues of tobacco control with reference to African organisations and institutions. 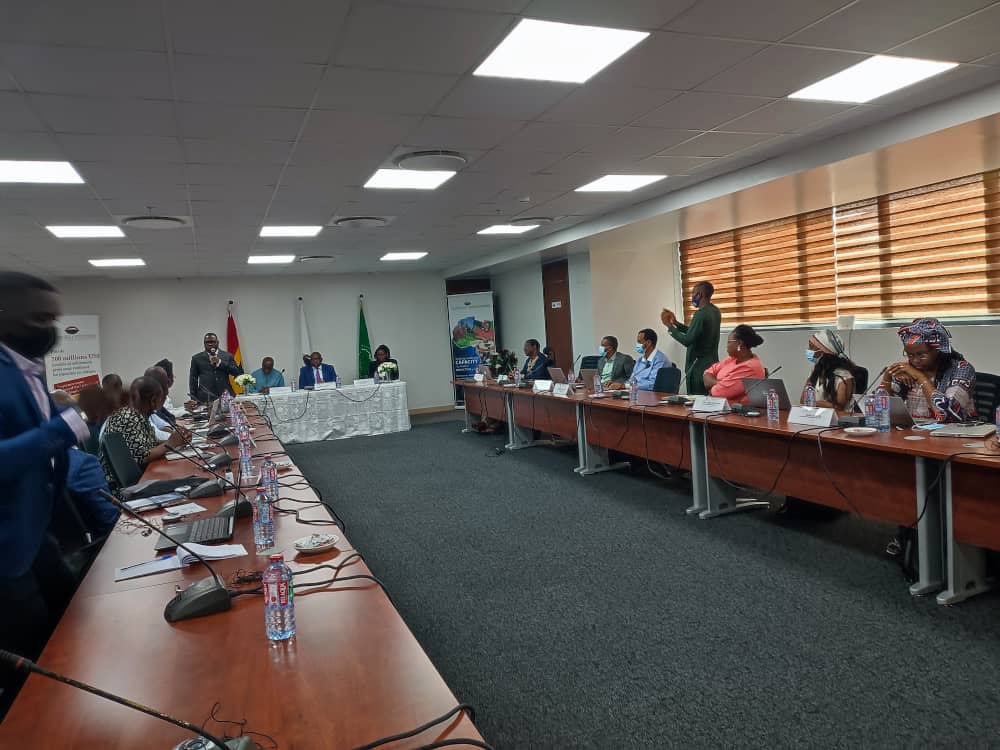 "We have designed an interactive program that will allow all of us to share, explore, and discuss concepts and issues related to leadership and good governance," he said.

"We really hope that the training will provide you with a good insight into the process of developing effective policies and framework within an organization".

Prof Boko said figures from the World Health Organisation indicated that tobacco usage - which is the leading preventable cause of death among adults globally - was on the rise in Africa.

According to WHO, smoking causes about 71 per cent of lung cancer, 42 per cent of chronic respiratory diseases, 20 per cent of global tuberculosis incidence and nearly 10 per cent of deaths are due to cardiovascular diseases.

He said the increasing prevalence combined with sustained economic growth and changing population dynamics could double tobacco use in Africa within the next 10 years.

He further disclosed that 13 per cent of adolescent girls use tobacco products in Africa with recent studies showing the prevalence rate among girls (4.6percent to 36.6percent) has become as high as boys (7.8percent to 36.5 per cent).

"Between 2002 and 2030, tobacco-attributable deaths are projected to double in low and middle-income countries (LMICs), including in Africa," Prof Boko said.

"Of adult deaths due to second-hand smoke, about two-thirds are among women (64percent) working and living with men who smoke".