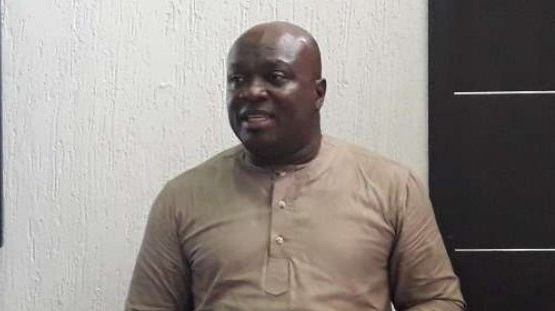 The Ghana Publishers Association (GPA) has pledged its commitment to work with local printers to ensure that the government’s textbooks contract is fully executed locally.

It said the association was in full support of the Ministry of Education‘s directive of ceding 100 per cent of the printing of government textbooks locally and was committed to seeing to it that the government’s intention was realised.

The President of the GAP, Asare Konadu Yamoah, gave the assurance in reaction to concerns raised by the Ghana Printers and Paper Converters Association (GPPCA) that some members of the GPA, who had been given contract to get local printers to print government textbooks, were conniving with the printers to execute the job outside the country.

Consequently, the Ministry of Education, in the Friday, April 22, 2022 edition of the Daily Graphic, warned that it would act appropriately if any local printer raised concerns of a publisher trying to circumvent what had been agreed on in the printing of government textbooks locally.

In his reaction, Mr Yamoah said “it should be on record that there is no intention or evidence as indicated” to circumvent the Ministry’s directive.

He said the publishers and the printers had been working together to ensure a smooth procurement process, adding: “If the printers have any issue, there is already an established and appropriate dialogue platform to discuss and resolve issues.”

Taking the Daily Graphic down memory lane, Mr Yamoah explained that since the association’s member-publishers submitted their documents to the sector ministry for the textbook procurement on June 17, 2020, “the ministry has not signed any contract with the publishers yet”.

He recalled that the ministry, in a pre-qualification engagement, had requested that publishers sign memoranda of understanding (MoUs) with local printers in order to secure printing quotations.

“This has been done, but the ministry is yet to conclude the procurement process with the publishers,” he added.

“Prior to this, the leadership of the GPA and the GPPCA had met three times at the Conference Room of the Bureau of Ghana Languages,” he said.

Mr Yamoah added that after that joint meeting, on August 10, 2021, some recommendations were made and communicated to the sector Minister, Dr Yaw Osei Adutwum, that the key interest of the publishers and the printers was to get the books to schools “and our preparedness to work with the ministry to achieve this”.

“Also, the interest of the two parties is to develop the indigenous publishing and printing industry, thereby supporting local printing and publishing,” he said.

Mr Yamoah said subsequent meetings were held on January 21 and February 16, 2022, and “at these meetings, publishers and printers gave assurance and commitment to the full compliance of the 100 per cent local printing”.

“One of the implementation tools was to form a sub-committee (task force) to supervise the printing of the textbooks in the country and membership of the task force will be book industry players, such as publishers and printers,” he added.

He appealed to the GPPCA to exercise restraint, saying where they had genuine concerns, they could use the laid down communication channel established by the two parties to get those concerns addressed.

He was of the view that if there were any such issues, going public with them could even make people to go underground on the blind side of the association.

"For now, what I can say is that we need to use the dialogue platform more effectively to iron out any challenges that may come up," Mr Yamoah said.

He was of the belief that the contract should be executed effectively to open up more opportunities for the local industry, adding that if the printers executed the current contract well, it could give the government the confidence to cede the printing of all textbooks — from primary to JHS and SHS — to local printers.

"If we are able to coordinate and cooperate very well, this is going to open up the industry, which will come with massive employment opportunities," he said.

While he could not rule out the fact that there could be some selfish elements within, which he said was normal, he nevertheless stated that “once the majority are together, we are able to hold sway".