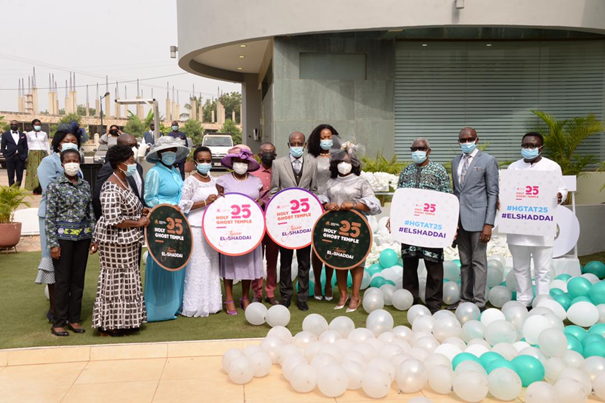 The Holy Ghost Temple of International Central Gospel Church (ICGC) will refurbish the Computer Laboratory of the Frafraha Community Day Senior High School (SHS) as part of activities to commemorate its 25th anniversary.

The church which was formed out of the Mother ICGC initially began operating In classrooms and under tents at Prince of Peace School in Madina from 4th February 1996 when the church was officially formed.

As part of activities to mark its 25th anniversary themed: ‘El-Shaddai, God has done more than enough’, the church will also provide the school with 60 desktop computers.

The church also intends to have an inter-departmental quiz, Praise and Worship event, and other events and crown it with a mega thanksgiving service.

The tone for the anniversary launch on January 24, 2021, was set with activities including a poetic video recounting and narrating the church’s journey through the past 25 years. This was followed by the unveiling of the Anniversary T-shirts through the creativity of dance and choreography.

At the end of the service, the Senior Pastor and leadership unveiled a giant 3D image of the anniversary’s official hashtag, #[email protected] Ps John Dompreh, senior pastor of the Christian Life Centre, Lamberth, London, UK and a very dear friend of the church, who was the Guest Minister delivered a sermon on six things to do to be fruitful this year.

As part of the celebrations, an official logo for the anniversary was also unveiled.

These design elements of the logo summarized the church’s identity and history. They include a fruit, a symbol of fruitfulness which is the corporate ICGC’s theme for the year 2021; the Adinkrahene symbol of leadership which identifies the major attribute of the Senior Pastor, Reverend Christopher Yaw Annor; the Heart and Cross showing the contribution of members to the growth of the Church; the Dove which symbolized the work of the Holy Spirit in the Church producing faith and grace; and the symbol of philanthropy which demonstrates a very remarkable trait of the Holy Ghost Temple. 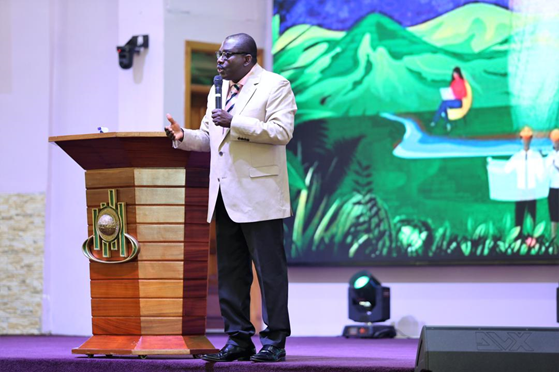 Pastor Dompreh ministered at the Launch

Over the years, the Holy Ghost Temple has carved a reputation for instituting laudable Corporate Social Responsibility interventions in the community.

These areas of interventions have included the health, sports, water, education and security areas among others.

Some of these interventions in the area of health include the donation of 18 infant incubators and phototherapy units to one district hospital in all the 16 regions of Ghana.

The medical team of the church also engaged in outreaches in the northern and Bono east regions providing free healthcare and performing minor surgeries, an initiative they would continue. In the area of Water supply, the church commissioned two water projects in the Chiranda and Baniantwer townships providing potable water to thousands who previously, had no access to such.

The church also annually sponsors the NVTI examination registration costs for all eligible inmates of the Borstal institution thus facilitating their reintegration into society.

In the education sector, the Church constructed a fully furnished classroom block for the JHS pupils of Chiranda in the Bono East Region in 2016. The facility included a fully stocked computer lab and a headmaster’s office. Later, the church added a six-bedroom teacher’s bungalow to cater to the accommodation challenges faced by new teachers who were posted to the community.

The church has also supported in the establishment of computer laboratories in two schools in the Bono East Region. The New Longoro Community Day SHS received 40 desktop computers and accessories as well as computer desks and chairs while the local basic school in Baniantwer also received 40 seater computer laboratory. The church also constructed an ultra-modern ICT laboratory for the Demonstration School of the Deaf, Mampong-Akwapim and subsequently equipped the facility with 60 desktop computers, printers and internet access.

In addition, the church donated 52 LED lights and poles to the Adentan Municipal Assembly. The assembly financed the installation of the lights which lightens the road for the Rowi Junction to the Catholic Church all in the environs of Adenta.