Public officers cited for corruption to be referred to A-G, OSP 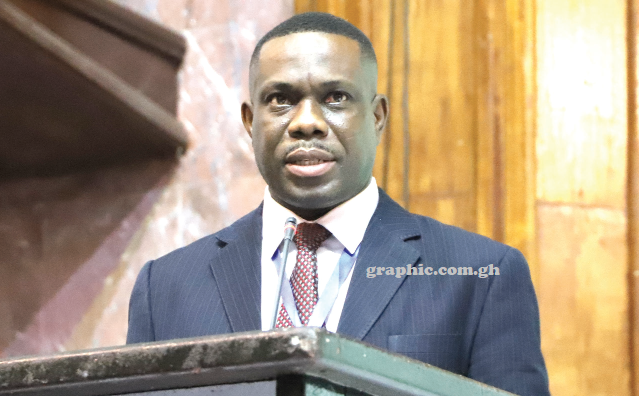 The Internal Audit Agency (IAA) will, from this year, refer people cited for corruption in quarterly audit reports to the Office of the Special Prosecutor (SP) and the Attorney-General’s (A-G’s) Department for prosecution.

The agency has also resolved to publish the names of institutions that fail to submit their quarterly internal audit reports to the public financial watchdog, in accordance with the law.

Those measures, the IAA said, would ensure the speedy resolution of alleged corrupt practices in the public sector, deter people from such practices and also entrench efficiency and compliance with the law.

The Director-General of the IAA, Dr Eric Oduro Osae, disclosed this to the Daily Graphic in an interview on the sidelines of the launch of the 2020 Financial Year Audit in Accra yesterday.

Dr Osae said unlike previously when the annual Auditor-General’s Report was relied on to prosecute people accused of indulging in financial malpractice in public institutions, such people would now be referred to the A-G and the SP for prosecution ahead of the commencement of an external audit at the end of a financial year.

“Under the law, if you are found culpable in an internal audit report, we are going to collaborate with the OSP and the A-G to facilitate prosecution. Previously, we waited till the external auditors’ report came out and that would be a year away.

“So, now if we receive an internal audit report in, say April, we will not wait till the next year but will go to the SP or the A-G’s Office to facilitate prosecution. Our role is to gather appropriate evidence that can support prosecution to secure conviction,” he said.

The IAA and the Audit Service are required by law to protect the public purse by ensuring that state resources are put to judicious use.

Dr Osae said frequent submission of internal audit reports was critical to support the work of the Audit Service.

“A good internal audit report has the potential of reducing the nature, form and level of testing required by the Auditor-General, thereby cutting short the duration, depth of work and resources required for the audit assignment,” he said.

Dr Osae further said about 27 per cent of internal audit units in some public institutions had not submitted all four quarterly reports for 2020 to the IAA for onward transmission to the Auditor-General.

He said the names of institutions whose internal audit reports had not been submitted to the IAA would be published.

To ensure the effectiveness of internal audit units of state institutions, he said, the agency was putting in place measures to ensure that audit committees in those institutions were held responsible for the non-submission of the reports.

Dr Osae called on institutions to make the needed resources available to their internal audit committees to enable them to carry out their mandate effectively.