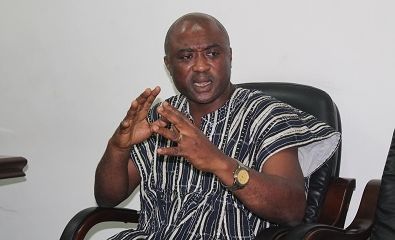 The government has appealed to the various teacher unions to call off their current industrial action.

The teacher unions declared a national strike this week over demands for improved remuneration amidst the economic circumstances.

At an emergency meeting in Accra yesterday, the government said it had taken note of the demands by the organised labour unions for the 20 per cent Cost Of Living Allowance (COLA) in the light of the current economic conditions in the country.

Briefing the Daily Graphic on the outcome of the meeting, the General Secretary of the Ghana National Association of Teachers (GNAT), Thomas Musah, said the government had indicated that it was committed to engaging organised labour to find a lasting solution to the problem.

Mr Musah said the teacher unions also indicated to the government side that they would have to communicate the government’s appeal for teachers to return to the classroom to their various national executives for a broader decision.

He said broader discussions among the various national executives were necessary because of the comprehensive consultations and discussions that resulted in the decision to embark on the strike.

He said the decision to return to the classroom now was, therefore, beyond the representatives at the meeting.

In light of the circumstances, he said the parties resolved to reconvene on Tuesday, July 12, 2022, to begin negotiations on the demands of the teacher unions.

Pre-tertiary teacher unions in the country, at a news conference last Monday declared an indefinite strike over their demand on the government to pay them COLA.

The unions are the GNAT, the National Association of Graduate Teachers (NAGRAT), the Coalition of Concerned Teachers Ghana (CCTG) and the Teachers and Educational Workers Union (TEWU).