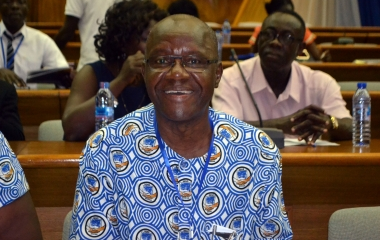 SEND-Ghana, a civil society organisation working to enhance social protection, has called on the government to prioritise allocation of adequate resources to sustain social protection programmes to prevent them from collapse.

The Chief Executive Officer (CEO) of SEND-Ghana, Siapha Kamara, said in the wake of the economic challenges currently confronting the country, it was important for the government to take tough decisions by shelving some budgeted projects in favour of social protection programmes such as the School Feeding Programme, the School Capitation Grant and the Livelihood Empowerment Against Poverty (LEAP).

At the launch of a report on the impact of social intervention programmes on beneficiaries in Accra on June 29, Mr Kamara noted that for instance, given the country’s tight fiscal space, it was prudent for the government to channel resources meant for building the National Cathedral into investment in social protection to protect vulnerable groups.

“The government needs to respond to the voice of conscience and say that the money we committed to building the National Cathedral should be channelled into protecting the gains made in the lives of vulnerable people,” he said.

Mr Kamara stressed that it was the way to go as it was a moral issue for which the government must take the moral stand by investing in social protection for the vulnerable.

Respondents were made up of beneficiaries, community members, school pupils, school authorities, district programme officers and GSFP caterers.
Some 1,496 respondents were selected and engaged in focus group discussions.

The study concluded that apart from LEAP which was doing well in terms of budgetary allocation and disbursement, all other social protection programmes were on the borderline of collapsing.

Mr Kamara said the situation could even be worse now because “the data for that report was collected in 2021 and things have deteriorated, so it means that by now, the programmes are heading to coma because inflation at the time of collecting the data was single digit, but it is now double digit”.

Mr Kamara stressed that the government should not consider sacrificing social protection programmes in the midst of this crisis because the beneficiaries were the most vulnerable in society.

“If you make a choice to sacrifice social protection programmes, it means that you are condemning them and the next generation.

“If this government makes a choice to scrap any of them, then there will be a stigma on it as that government which condemned generations,” he said.

A research fellow at SEND-Ghana, Dr Isaac Nyarko Kwakye, who presented findings of the research, said it was discovered that the country spent less than one per cent of the Gross Domestic Product (GDP) on social protection, which was far less than 2.2 per cent of GDP regional average for Sub-Saharan Africa.

“It is suggested that in line with global benchmarks and commitments, the government should target a gradual increase of social protection spending up to 4.5 per cent of Ghana’s GDP by 2025,” he said.

He indicated that the Mirror Teport had also revealed “huge variations” between approved programme budget allocations and disbursements, which was evidence that social protection budget planning and execution was a challenge.

“As a matter of priority, it is important that the Ministry of Finance and the respective sector ministries work to improve social protection budget execution by adopting measures to ensure timely release of funds or payments to beneficiaries and persons who provide services like GSFP caterers,” he added.