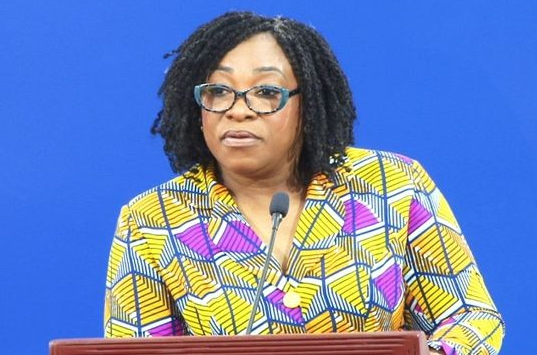 The Minister of Foreign Affairs and Regional Integration, Shirley Ayorkor Botchwey, says Ghana will not recognise any territory forcefully taken from Ukraine by Russia.

She has, therefore, called on Russia to immediately and unconditionally seize its operations in Ukraine by withdrawing its troops and also respecting the internationally recognised borders of Ukraine.

The Minister who was speaking at the 77th session of the United Nations General Assembly in New York Thursday, further urged Russia to respect Ukraine’s sovereignty and political independence.

For her, "Ghana does not and will not recognise any territory that is unilaterally and forcefully acquired as dismembered from a sovereign entity."

Ms. Ayorkor Botchwey said there was the need for Russia and Ukraine, to chart diplomatic course to resolve the impasse between them.

She noted that the two nations cannot resolve their differences through the barrel of a gun, adding that the use of gun to resolve differences only "leads to needless bloodshed on both sides."

She expressed the concern that with the rising death tolls of the civilian population and growing reports of war crimes in Ukraine, including human rights violations, there was the need to investigate such issues and perpetrators sanctioned.

"We must uphold our responsibilities as a country and send a clear message that the perpetrators of the atrocities will be held to account,” she noted.