Ghana’s telecom evolution to date; The journey in snipets

BY: Charles Benoni Okine with additional files from the ITU
Category: General News 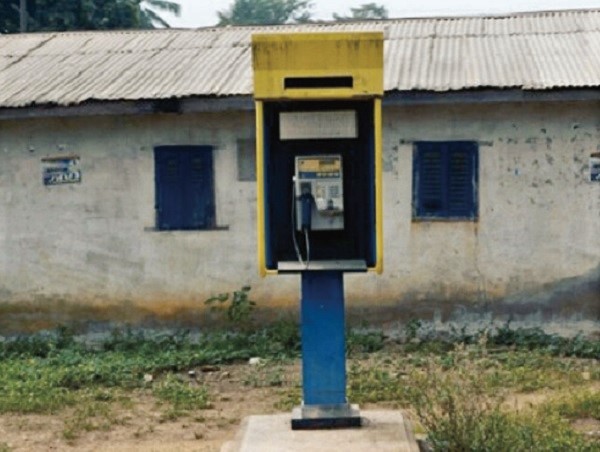 This phone booth was among many dotted across the country some 20 years ago before the introduction of cellphones
30.5k Shares

One of the most important sectors of the economy which has witnessed a tremendous transformation over the years is the telecommunications industry.

Many decades ago for one to communicate on phone with another, particularly outside the shores of the country, one had to trek to the post office to book a call.

Hours after the call had finally gone through, one is called to come receive it.

This phenomenon transpired over many years through the post-colonial days with different types of phones being used in the system.

Eventually, Ghana deregulated its telecommunications sector in 1994 when the government announced a five-year comprehensive restructuring of the industry, known as the "Accelerated Development Programme 1994-2000 (ADP 2000)."

The main policy objectives of the programme were formulated with the assistance of the World Bank, consultants and other stakeholders, and aimed to: Achieve a density between 1.5 and 2.5 lines per 100 people; improve public access in rural and urban areas through the provision of payphone facilities (public and private); retain an overall public regulatory control of the sector through the creation of a single agency: the National Communications Authority (NCA).

The ADP was adopted to achieve strategies to achieve the above-stated policy objectives.

As part of the ADP reform programme, Ghana Telecom was incorporated on June 15, 1995 as a successor to the telecommunications division of the Ghana Posts and Telecommunications Corporation (GPTC).

The GPTC was established as a public corporation in 1974, and until October 1995, had been responsible for operating the nation's telecommunications and licensing of telecom services.

In December 1996, Ghana Telecom privatised its main line operations by awarding a Malaysian-led Consortium (Telecom Malaysia) a 30 per cent stake in the state company with full management control for $38 million.

In its quest to break the monopoly of Ghana Telecom and to introduce some level of competition in the country’s telecoms industry, a consortium of African Communications Group, led by Western Wireless Company (based in Cambridge, Mass., USA) and Ghana National Petroleum Company, won a bid to become the second network operator with an offer of $10.1 million.

The consortium, which traded under the name (WESTEL) planned to invest between USD 40 million and USD 70 million over a period of five years from its incorporation.

The licensing of a second national operator was expected to meet the backlog of 300,000 telephone lines being demanded by consumers at the time and to ensure efficiency and improved services.

Similar to the situation in most African countries, the distribution of telephones in Ghana was highly skewed towards the urban areas, with Accra, the capital city, accounting for over 50 per cent of all telephone lines.

Rural telephony was almost non-existent, even though 70 per cent of Ghanaians live in rural areas.

The Accelerated Development Programme was expected to address the above problems by narrowing the gap between the rural and urban areas, and by increasing the number of telephone lines to 500 000 by the turn of the century.

Many were those who were used to the fixed line telephones.

They saw the introduction of the phone booths as a new phase in the journey until the new dawn.

Cellular (mobile) phone network Millicom Ghana, a subsidiary of Millicom International, UK/Luxembourg, started its operations in 1991 and was the first cellular network operator.

Millicom Ghana used the ETAC System and had over 22,000 subscribers in 1998 with a market share of above 70 per cent of the mobile market. The company started the installation of a countrywide network by commissioning a new satellite in Kumasi and organising smaller projects in Tamale and the other regional capitals.

CellTell, owned by Kludjeson International, started its operations in Ghana in 1993 using the AMPS technology, with coverage in Accra and Tema.

While the other players planned slowly to expand, then appeared Scancom Ghana which started operations in October 1996 using GSM 900 technology, with 15 sites and equipment from Ericsson. The network provided new services and coverage in Greater Accra, Kumasi and Obuasi, with ongoing developments in other regional capitals. Gradually, it managed to expand to all the regional capitals but under different ownership and shareholding structure.

The company moved from Spacefon to become Areeba before the South African telecoms giant, MTN, acquired the entire shares from Areeba. From that era when it took the lead in the industry, its story as the front runner has not changed

Reforms and state of the industry

The National Communications Authority was established by Parliamentary Act 1996 as a central regulatory body to regulate the telecommunications sector and to promote a stable operating environment for all participants, while also promoting fair competition and efficiency.

The main task of the NCA includes the licensing and regulation of telecommunications system operators and assigning or allocating systems frequencies.

In the same year the government decided to privatise the incumbent operator Ghana Telecom.

The Ministry of Communications was created in 1997 to facilitate the strategic development and application of the use of the various communications resources/ human, material and technological/ for effective communications throughout the country.

The total mobile voice penetration rate in the country stands at 135.33 per cent as at the end of December last year according to data from the NCA.

MTN, which began its journey in the country as Spacefon, metamorphosed into Areeba to its present state, is the biggest telecoms company in the country. It maintained its dominance in the industry, ending the year with voice subscriptions at 22,555,848 in the year under review.

Vodafone which was then Ghana Telecom is the second biggest with voice subscriptions now at 9,122,403 as at the end of December 2019.

The company which is 70 per cent owned by Vodafone and the remaining 30 per cent by the Government of Ghana, ended the year with 22.33 per cent in market share.

AirtelTigo also closed 2019 in the third place with 8,453,053 subscribers on its mobile network.

The company which is a merger between Airtel and Tigo now controls a market share of 20.69 per cent at the end of December, last year.

Globacom (Glo) the last entrant into the competition, remained in the fourth position with a mobile voice subscriber base of 725,773 at the end of December 2019.

That represents a total market share of 1.78 per cent as of December 2019.

According to the NCA report, there are three operators providing fixed line services to the public in Ghana. These operators are Vodafone, AirtelTigo and MTN.

According to KPMG, an international audit and accounting firm, the telecom sector is undergoing a huge transformation. Driven by changing consumer behavior and new mobile technology, innovative and sustainable revenue opportunities need to be found – and quickly.

Increasing competition from non-telecoms providers, reduced network investments and the rise of digital media and mobile technology mean that telecoms operators need to radically change their business models and service offerings to survive.

Today, competition is intense and there are predictions by analysts that by the close of the year or early next year, the industry will shrink further to about three players with MTN still dominating.

This notwithstanding, the government is also keeping a keen eye on cyber security threats to ensure that the country is not consumed by the negative effects of telecommunications transformation.