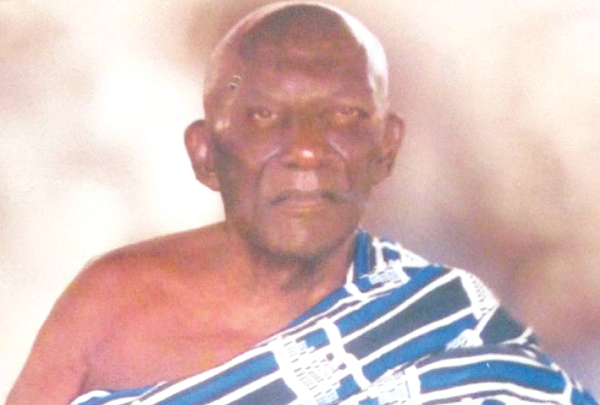 In September 1954 — three years before the Gold Coast gained independence from Britain — Baffour Osei Akoto, the Chief Linguist at the Manhyia Palace, then 50 years of age, led a group of people in Ashanti, including chiefs and the youth, to slaughter a sheep at the banks of the Subin River around Kejetia in Kumasi to signify the formation of the National Liberation Movement (NLM).

Many had disagreed with his kind of politics at the time, especially his agitation for a federal system of government that was to limit the power of governance in Accra and instead speed up development in the then four colonial provinces — the Colony, Asante, Northern Territories and Trans-Volta Togoland.

However, suffice it to say that he revolutionalised the national politics in the pre-independence era.

According to one of his sons, the current Minister of Food and Agriculture, Dr Owusu Afriyie Akoto, Baffour Akoto brought Asantes into mainstream politics and was a pillar in the politics of the country, yet his contributions had not been recognised enough.

In a chat with Dr Akoto, he sought to suggest that the nation had not treated Baffour Akoto fairly as he had not been given the due recognition.

Nonetheless, he maintained that all was not lost. "I think that ultimately, the name of Baffour will be rehabilitated because he has not been given his due at all," Dr Akoto said.

After the defeat of the United Gold Coast Convention (UGCC) in two elections, the NLM was at the forefront of the opposition to the Convention People's Party (CPP).

The issues that brought about the formation of the NLM had to do mainly with the producer price of cocoa.

Dr Akoto recounted that before the 1954 election, Kwame Nkrumah, then leader of government business, had promised that the price of cocoa was going to be increased.

At the time, cocoa prices were at the highest level on the international market and industry was booming in the Gold Coast, with Ashanti and the present Eastern Region as the biggest producers.

But when the CPP won the election in 1954, Nkrumah rather decided to reduce the producer price and increased taxes to fund his social programmes.

This infuriated cocoa farmers who had voted massively for him.

Among the frustrated cocoa farmers were some prominent CPP members, including Mr Osei Assibey Mensah and Opanin Tawiah Kusi Ampofo.

Consequently, the NLM was formed with Baffour Akoto as Founder and Leader.

The NLM attracted Ashanti professionals who were dissatisfied with the system at the time, including Joe Appiah, Victor Owusu and R.R. Amponsah who became the General Secretary of the party.

One significant thing was that in December 1954 - three months after the formation of the NLM — there was a parliamentary by-election at Atwima Nwabiagya and the NLM candidate, B.F. Kusi, clinched victory, raising hopes of a party with great future.

The NLM linked up with the Northern People's Party (NPP) led by Chief S.D. Dombo and other smaller parties, including the Togoland Congress, the Muslim Youth Party and the Anlo Youth Organisation to constitute the main opposition, United Party (UP).

In the 1956 election, which determined the independence of Ghana, the CPP won overwhelmingly but NLM had 12 seats while the Northern People's Party (NPP), led by Chief S. D. Dombo, obtained 13 seats.

After independence, Baffour Akoto remained the Chairman of the coalition of the opposition parties for a time until the CPP government passed the Avoidance of Discrimination Act that proscribed the formation of political parties on religious or tribal grounds, which led all the minority parties to come together as UP in Parliament, with Dr K.A. Busia as the Leader.

"Baffour never went to school but was self-taught. When he went to prison, most of the people were teachers and professionals and that gave him the opportunity to deepen his education in terms of literacy and so on," Dr Akoto said of his father.

He added: "He played a dual role. He was the distinguished linguist of the Asantehene with 56 years at the court of the Manhyia Palace until he died in 2002 .

He was the first to bring Ashanti into modern politics. Before him, all the politicians in the country were in the coastal area.

This nation has not honoured him and it should."