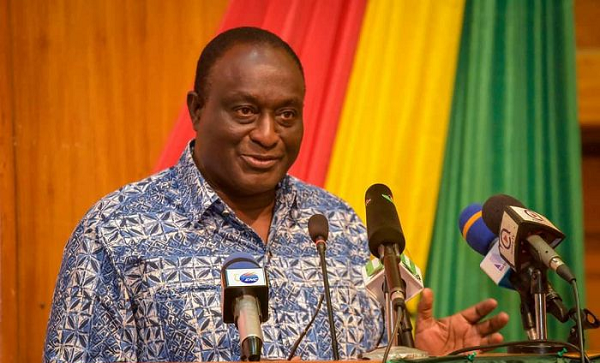 The government has concluded documentation for the purchase of new buses for Neoplan Ghana Limited, the Minister of Trade and Industry, Mr Alan Kyerematen, has said.

He commended workers of the company for their hard work and commitment over the years and gave them an assurance that his ministry would never supervise the collapse of the company.

The minister was speaking when he accompanied President Nana Addo Dankwa Akufo-Addo to Neoplan Ghana in Kumasi during the President’s four-day tour of the Ashanti Region.

President Akufo-Addo said the government would retool the company through the injection of capital and equipment as part of the One-district, One-factory (1D1F) initiative.

The workers had requested the government to add the company to the IDIF initiative to improve its capacity for growth.

According to the President, the arrival of more buses would make the company viable.

He said he was aware of the challenges facing the company, saying that was the reason the government was working towards improving its fortunes.

The Member of Parliament for Bantama, Mr Asenso Boakye, described the current situation of the company as unfortunate and said the government was committed to fixing the challenges.

He urged the workers not to give up hope but believe in the commitment of the government to help scale-up production.

The MD of Neoplan, Mr Malek Abi Saab, appealed to the government for more support, including tax waivers.