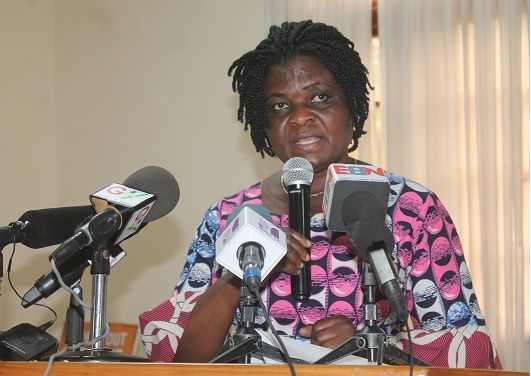 A reseach conducted by the Institute of Statistical, Social and Economic Research (ISSER) of the University of Ghana has revealed that the economic and social costs of violence against women and girls in the country amounts to about GH¢85 million annually.

According to the preliminary results of the research, partner violence accounted for GH¢58.5 million in terms of economic and social costs, with losses resulting from family members, workplace and public violence, making GH¢13.5 million, GH¢11.5 million, and GH¢1.8 million respectively.

The Director of ISSER, Professor Felix Ankomah Asante, who presented the findings of the research in Accra on Human Rights Day last Monday, said the amount translated to the loss of the number of days and hours suffered by working women, who were rendered unproductive because of one form of violence or the other committed against them.

It was undertaken by ISSER in collaboration with the National University of Ireland and International Center for Research in Women, with funding from UK Department for International Development (DFID) across the 10 regions of the country, involving 2,002 women in 3,000 households across the regions.

The study assessed the economic and social costs of violence against women and girls in the country.

Other aspects of the research looked at the impact of violence committed against women and its effect on their productivity using 100 businesses in the Greater Accra and Ashanti regions.

The study, which captured 391 women in business, showed that each woman who experienced intimate partnership violence, lost almost 18 days of work during the study period.

More on the research

Details of the research showed that 45 per cent of women who were within the working age group experienced violence from partners, family members, colleagues at the workplace, school administrators or strangers in public spaces across the 100 business entities.

Throwing more light on the findings, Prof. Asante said out of the 45 per cent of victims whose productive capacity fell as a result of violence against them, 23 per cent of them involved intimate partners, while 16 per cent suffered public space violence.

In addition, 14 per cent, 11 per cent and four per cent of them, respectively, suffered violence from family members, workplaces and educational environments.

The survey further showed that 75 per cent of lost productivity resulted from absenteeism by women who experienced violence, 23 per cent also involved women who reported to work but were unable to be productive because of violence against them.

“Overall, 4,836 person days were lost equivalent to 20 employed women not working about 1.01 per cent of female labour force among these companies,” he explained.

Making remarks on the research findings in an interview with the Daily Graphic, the Executive Secretary of the Domestic Violence Secretariat, Mrs Malonin Asibi, described the trend of events as disturbing.

She called for an amendment of the Domestic Violence Act to make it more comprehensive to deal with changing trends in violence against women.

“The Act on Domestic Violence is about 11 years old, meanwhile the society continues to change, especially with the emergence of modern technology; so we need to look at that Act to cater for modern forms of violence against women,” she said.

She said the research findings by ISSER and its partners would feed into the discussions for amendment of the Domestic Violence Act.

A Gender and Social Development Advisor at UK Aid, Ms Susan Adwoa Mensah, called on stakeholders to collaborate to tackle the challenge posed by violence against women.

She noted that the Sustainable Development Goal (SDG) that sought to achieve equality and the empowerment  of women and girls by 2030, could not be achieved if nothing was done to reverse the trend of violence against women.

Violence against women and girls is a major infringement of human rights and one of the most pervasive human rights violations occurring in the world. It happens in every country, including Ghana, in both public and private spaces. In Ghana, a significant number of women and girls continue to suffer violence and abuse, many of them in silence.

Statistics from the Domestic Violence and Victim Support Unit (DOVVSU) of the Ghana Police Service, show that 30,408 assault cases were reported nationally between 2011 and 2016. For example, out of 1,298 rape cases reported in 2014, eight of the victims were males. These offences are everyday occurrences and many more go unreported.

This year’s theme for the 16 Days of activism against gender-based violence was: Orange the World: #HearMeToo, is calling on all stakeholders to stand in solidarity with survivors and support grass-roots activists and women’s human rights defenders in their work to end gender-based violence.