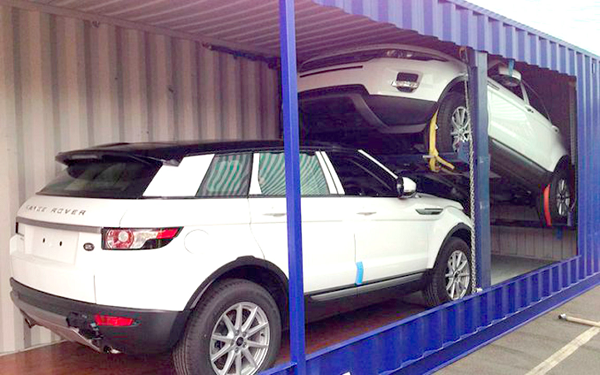 Some of the retrieved luxury vehicles being towed away
30.5k Shares

The Economic and Organised Crime Office (EOCO) has busted 10 persons in an intelligence-led operation that retrieved various specifications of luxury vehicles suspected to have been stolen.

The operation was carried out in collaboration with the Federal Bureau of Investigation (FBI) of the US and the Royal Canadian Mounted Police (RCMP) of Canada.

On Friday, December 9, when the first operation was carried out, 37 of such vehicles were retrieved, according to a statement from EOCO.

But the Vehicle and Assets Dealers Union of Ghana (VADUG) has called on EOCO to be cautious in their approach and not to brand them as criminals.

The 10 persons arrested have been questioned and granted enquiry bail.

“Meanwhile, prospective vehicle buyers are hereby advised to conduct due diligence prior to the purchase of vehicles,” the statement signed by Head of Public Affairs Faustina Lartey last Tuesday, said.

“The investigation is ongoing and there will be updates on further developments.”

EOCO has retrieved 37 luxury vehicles from some members of the Vehicle and Asset Traders Association.

EOCO said the vehicles were part of about 200 of such vehicles believed to have been stolen from Canada and the United States of America.

The Deputy Director in charge of Operations at EOCO, Nana Antwi, said the vehicles were being sold to unsuspecting persons.

At the end of the joint action, the EOCO Director of Operations said 37 vehicles were retrieved from the garages visited and 10 persons were arrested during the exercise.

Mr Antwi said the operation and investigations were ongoing exercises and that when it was established that any of the retrieved vehicles had been lawfully acquired, it would be returned to the owner.

On the other hand, when any of the dealers were found culpable, they would be put before court.

Additionally, a statement signed by the Head of the Public Affairs Unit of EOCO, Faustina Lartey, hinted that investigations into the allegations were ongoing.

It urged all prospective vehicle buyers to conduct due diligence prior to the purchase of vehicles.

Meanwhile, the leadership of the Vehicle and Assets Dealers Union of Ghana (VADUG), has called on EOCO to exercise caution in its exercise and not treat members of the association as if they were all criminals

VADUG, in a statement, clarified that members were not involved in the sale of stolen cars as alleged and that there were valid documents covering the vehicles, while all tax obligations have been honoured.

Reacting to the December 9 incident, VADUG said: “We can confirm that these vehicles were imported mainly from Canada and the United States of America.

We would like to place on record that VADUG members are law-abiding citizens who are going about their legitimate businesses. The vehicles that were seized have valid documents. All taxes and duties had already been paid to the Ghana Revenue Authority,” it said.

The statement further alleged that apart from the stress the exercise had brought on its members, some of its members were assaulted and called on President Nana Addo Dankwa Akufo-Addo to call the EOCO Executive Director to order and avoid a situation where people would take advantage and abuse the system.

“We don’t want a situation where some people will take advantage to do all kinds of things. Christmas is less than two weeks away. The timing of this exercise is therefore absolutely wrong.”

“If anything at all, they should exercise a bit of caution in the implementation of this policy or directive. This will restore confidence and hope of the general public in law enforcement,” the statement concluded.