Three assembly members in the Volta Region are standing trial for their alleged complicity in the supply of fake electricity meters, while seven others are helping the police in investigations into similar cases.

The Electricity Company of Ghana (ECG) in the Volta Region has consequently urged assembly members and other intermediary players to take their hands off the supply of electricity meters to the public.

The ECG has, however, refused to disclose the names of the suspects.

The General Manager of ECG in charge of the region, Emmanuel Lumor, said the supply of meters was solely the duty of the ECG and not assembly members.

The caution came in the wake of allegations that some assembly members in the region were selling fake electricity meters to unsuspecting clients.

Others were also alleged to be supplying electricity poles to their communities for a fortune without the knowledge of the ECG.

The situation prompted a meeting between the management of the ECG and municipal and district chief executives (MDCEs) in Ho last week.

Mr Lumor said the “thriving business” was seriously thwarting efforts by the company to supply power smoothly to customers, alleging that the assembly members often imported the fake meters from neighbouring Togo and sometimes China.

Mr Lumor said the fake meters were not calibrated and so they exhibited unusually high bills, besides the danger they posed.

According to Mr Lumor, 764 fake meters had so far been removed from various households in the region this year, with 900 removed last year. 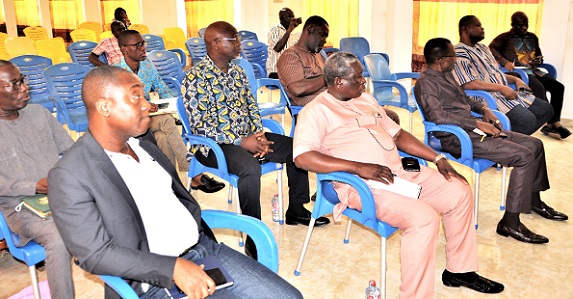 He said the installed fake meters were detected in Aflao, Adidome, Denu Amutinu, Agavedzi and Agbozume.

Mr Lumor said the ECG had enough meters for clients and called on the MDCEs to support the company in the fight against the activities of the fake meter dealers in the broader national interest.

The Regional Minister, Dr Archibald Yao Letsa, said the fake meter trade was disturbing and urged the MDCEs to team up with the ECG to address the problem quickly.

“Without electricity, there can be no development, and the absence of electricity is a serious security breach, so this illegal business must not continue,” he maintained.

The Chief Executive of the Adaklu District Assembly, Juliana Kpedekpo, appealed for a customer service centre for electricity consumers in the district.