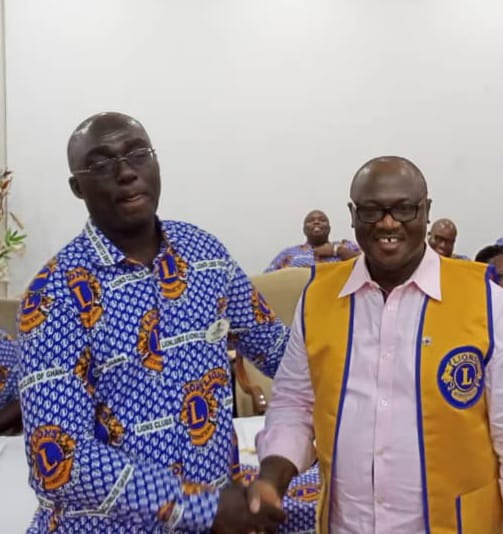 Lion David Owusu Anokye (left), Governor of District 418 - Ghana of Lions Clubs International in a handshake with Lion Nana Yim Awere (right), Omanhene of Toase in the Ashanti Region who is a Member of Kumasi Garden City Lions Club after presenting Nana Awere with a pin at a ceremony in Kumasi recently. Follow @Graphicgh

The convention which is expected to be attended by over 500 Lions and special guests will bring together state officials and international dignitaries such as the Area Leader for Constitutional Area 8B, District Cabinet Officers and delegates from the 41 Clubs that make up the District.

A statement issued to the media by the Publicity Committee of the Convention said the programme will provide the Association the platform to discuss its performance during the service year, how far it has come and the way forward.

The statement disclosed that during the convention, there will be talks on selected topics including the environment and membership, documentaries on various projects undertaken by Clubs; a policy document that seeks to guide the operations of the Association will also be reviewed. 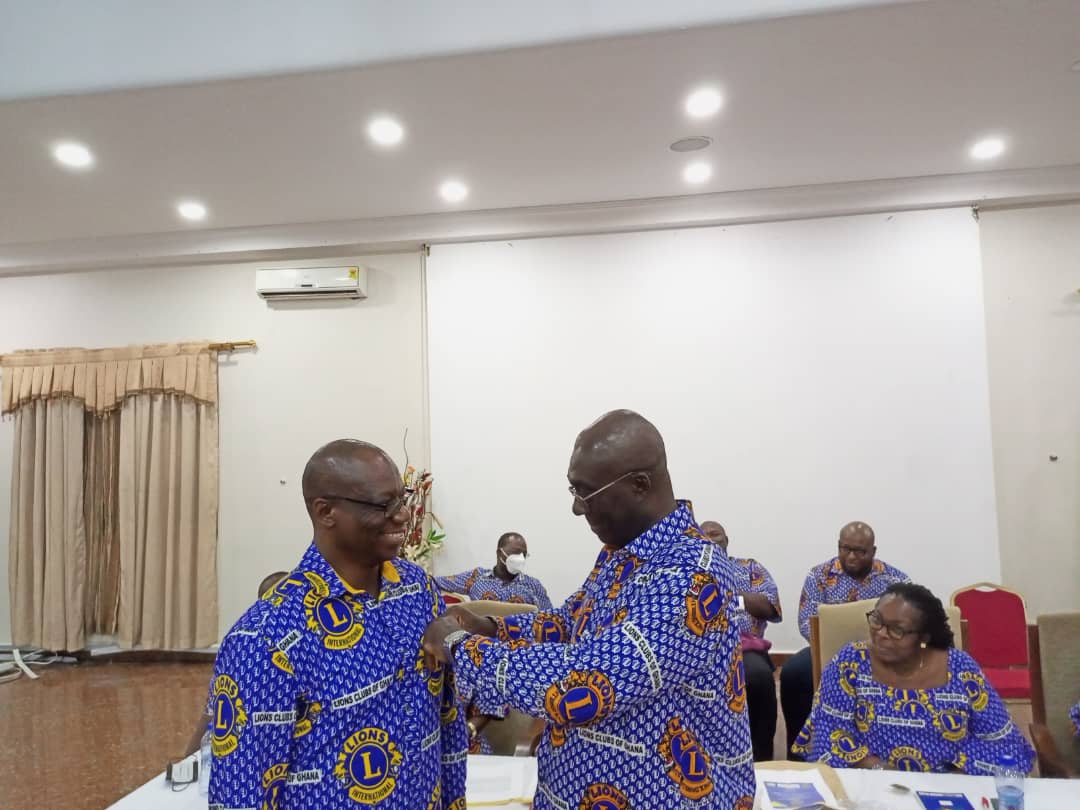 PHOTO: Lion Dr Paul Obeng (left), being celebrated with a pin by Lion David Owusu Anokye (right), Governor of District 418 - Ghana of Lions Clubs International during a visit to Clubs in Kumasi recently.

Highlights of the convention include a flag - raising ceremony for all the participating Clubs and the parent body.

District 418- Ghana belongs to the largest global service organization known as Lions Clubs International. Over 1.4 million Lion members across the globe stepped up to serve their communities, during the coronavirus (COVID-19) pandemic.

"This new global challenge has changed the way Lions live, but their resolve and dedication to help those in need is as strong as it was when it first opened its doors more than 100 years ago", the statement noted.

In these times of adversity, Lions around the world are safely answering the call to service. "From food deliveries for healthcare workers to providing medical supplies where they are needed most", it added.

The statement pointed out that Lions hold themselves to the absolute highest standards in everything they do and their clubs are dedicated to serving others.

The statement emphasised that members freely serve from their hearts and do not expect any personal financial reward.

As part of its ethics, members of the Association are encouraged and reminded that in building up their businesses it is not necessary to tear down another's, the statement added. 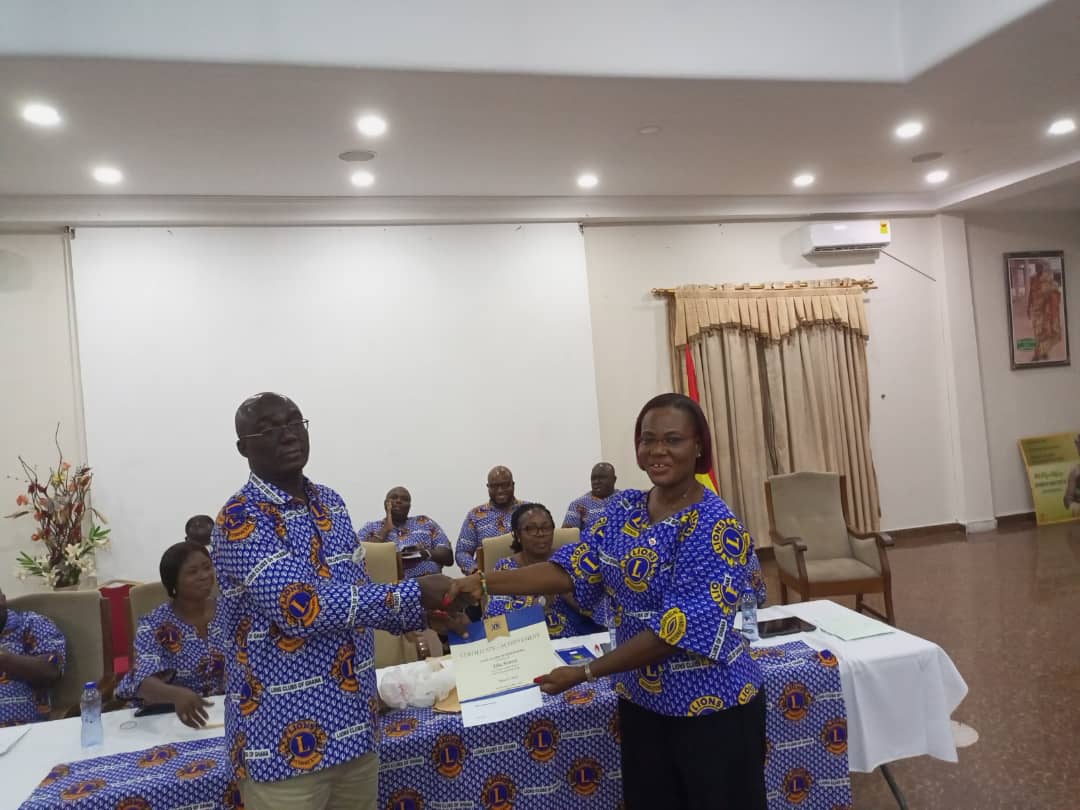