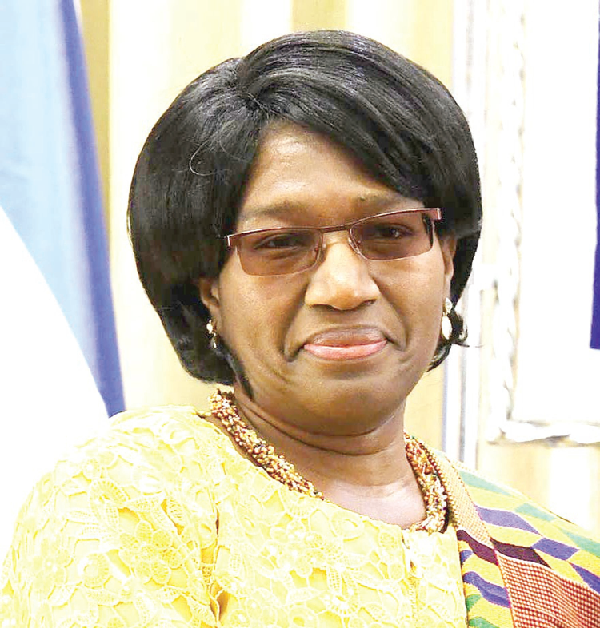 Ghana and Israel are harnessing resources to increase trade between the two countries.

Data from the International Trade Centre (ITC) map show that Ghana’s exports to Israel are negligible.

From a trade value of $49 million in 2015, Ghana currently exports just about $4 million worth of products to Israel.

The Director, Marketing and Promotion at the Ghana Export Promotion Authority (GEPA), Mrs Agnes Gift Adjei-Sam, who disclosed this during a webinar on

“Ghana’s Non-traditional export (NTE) sector and exporting to Israel” on March 4, 2021, said $4 million compared to about $16 million from Israel was not enough.

“We have to interrogate the drop from 2015. But it shows that there is still a lot of potential for us to trade and we could look at how best to improve on business between the two countries,” she added.

Mrs Adjei-Sam said products identified by the ITC that had potential in Israel included iron and steel, articles of iron, articles of textiles and clothing accessories, cereals, aluminium and articles thereof, fish molecules and other aquatic invertebrates, oil and oil seeds, edible fruits, nuts and cocoa and cocoa preparations.

They are part of the set of 17 priority products developed under the National Export Development Strategy (NEDS) based on some specific criteria aimed at transforming the economy from raw materials to industrialised based.

The GEPA, in collaboration with the Ghana Embassy in Israel and the Federation of Israeli Chambers of Commerce (FICC), organised the webinar as part of activities to mark Ghana’s 64th Independence anniversary.

Ghana’s Ambassador to Israel, Mrs Hannah Ama Nyarko, said it also marked 63 years of the establishment of full diplomatic relations between Ghana and Israel which had culminated in strong bilateral relations in many areas, such as neonatal health, agriculture, education, defence and trade.

She said because the private sector was considered a key development area, the government had often implemented policies aimed at strengthening the sector to boost NTEs.

As a result, the webinar was also to introduce the members of the FICC and other Israeli business people to the range of products in Ghana’s NTE sector.

The Chief Executive Officer of GEPA, Dr Afua Asabea Asare, said: “The cooperation in human resource between the two countries has achieved social and economic benefits. Youth from our universities are in Israel studying.”

She assured Israeli businesses that the Ghana government had put laws in place to protect the interest of investors, and urged them to place Ghana high on their investment map.

Giving an overview of Israel’s trade profile, the Vice-President for International Relations and Business Development, FICC, Mr Aeev Lavie, said Israel’s current focus on exports from Ghana was a new move because 40 per cent of Israel’s bilateral trade was mostly from the European Union (EU).

More importantly, he said, a lot of countries had no idea Israel could serve as a great source for exports, with an import value of about $105 billion of goods and services annually.

“The Israeli Shekel is one of the strongest currencies in the world; the country has strong logistics, speaks English and is not far from Ghana and so it presents a good chance for exporters to look at,” Mr Lavie added.