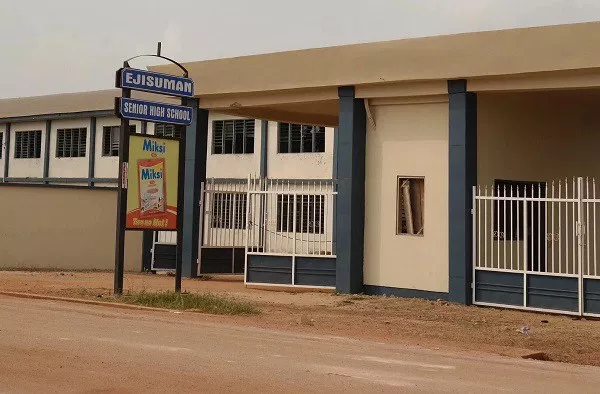 The Ghana Education Service (GES) has terminated the appointment of four teachers of the Ejisuman Senior High School in the Ashanti Region, for sexually abusing some female students

followed the recommendations by the Ashanti Regional Education Directorate Disciplinary Committee which investigated allegations of sexual harassment against the four teachers.

Relatedly, four other teachers are to sign a bond to be of good .

They are also to be transferred from the school for misconducting themselves professionally.

The Public Relations Officer (PRO) of GES, Casandra Twum-Ampofoh in an interview said nine teachers in the school were interdicted in March this year following allegations of sexual harassment.

The GES set up a committee to investigate the issues, and out of the nine teachers, one of them, Emmanuel Amoku-Mensah was exonerated.

It was found out that one of the accused teachers, framed him up.

Twum-Ampofoh said the committee found out that Isaac Amponsah asked a female student to grab his male organ and massage it till he discharged on two occasions.

The committee also found out that he had other immoral relations with some of the female students.

According to Twum-Ampofoh, Moses Asmah was caught on video sexually harassing a female student.

“We also established that he had also harassed a lot of students in the school,” she said.

She said the last two culprits, Murphy Osei and Andrews Adu-Asare, were found to have taken some female students in their cars to a certain to drink alcohol.

She said teachers are expected to exhibit high moral standards and mentor their students since the students have been put under their care by their parents and guardians.