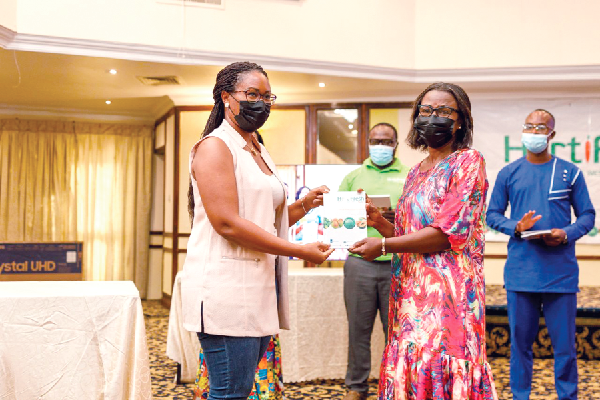 Fruit processors in the country are processing less than their installed capacities due to delays in payment from buyers, quality standard issues, the seasonality of the fruits supplied to the companies among other factors.

Consequently, majority of the processing firms are not able to raise enough funds to pay suppliers or service loans.

An independent consultant, Ms Pamela Okyere, who made this known at a forum to launch four new reports by HortiFresh in Accra, called for policies and interventions to reverse the trend.

She observed that Ghana currently had an estimated 2,240 tonnes per day installed processing capacity for fruit juice and concentrates, but used about 62 per cent of the capacity.

Ms Okyere said the installed capacity of the local processing companies was about 330 tonnes per day, but that they were currently producing at 142 tonnes below capacity.

They were presented to players operating in the industry to help them in the production and making informed decisions.

The companies, all of them with state-of-the-art machinery, are mainly operating in the free zones enclave.

Two companies that previously exported their products are currently not in operation.

For the domestic market, the consultant indicated that fruit processing was undertaken by a number of Small and Medium Enterprises (SMEs) located primarily in Accra and other big cities near fruit producing areas.

The majority of the SMEs, Ms Okyere explained, were engaged in the production of fruit juices.

The Fruit Processors and Marketers Association of Ghana (FPMAG) indicates that about 20 of the 60 companies are operational.

Ms Okyere said apart from the FPMAG members, there were about 40 additional SMEs processing fruit juice across the country.