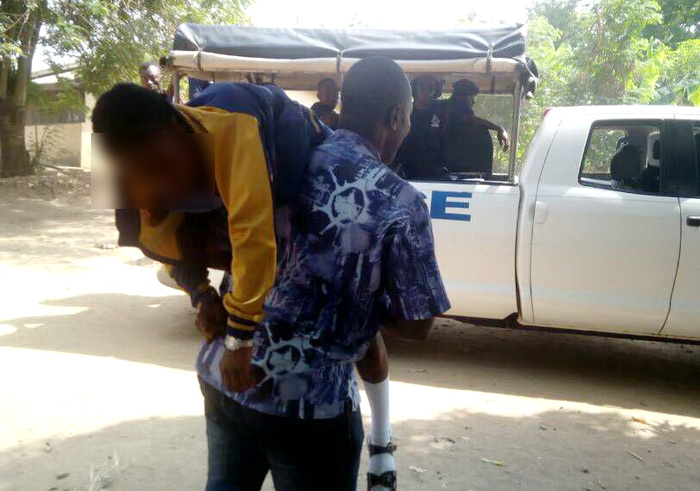 The first student who collapsed on Tuesday being conveyed by a teacher to hospital
30.5k Shares

One more student of the Kumasi Academy died on Tuesday, while two others collapsed, heightening fear and causing panic among the staff, the students and their parents.

The death of the female student brings to 11 the number of students who have died under mysterious circumstances since April this year, while the number on admission has increased to 44.

The two students collapsed during a visit to the school by the Ashanti Regional Minister, Mr Simon Osei-Mensah, on Tuesday.

Their names were not given by the school authorities.

Parents who read about the development online and heard it on radio stormed the school and virtually whisked their children away, while those students who could muster courage packed some few belongings and went home.

A team of medical experts from the Disease Surveillance Department of the Ghana Health Service (GHS) has begun full-scale investigations into the mysterious death of the students.

Already, blood samples of some of the students who died in mysterious circumstances have been sent to the Noguchi Memorial Institute for Medical Research to ascertain the cause of death.

Officials from the World Health Organisation (WHO) visited the school to distribute Azithromycin, an antibiotic, to contain the situation.

In the school yesterday, some agitated and worried parents could be seen asking for the whereabouts of their children, while a large number of them grouped in clusters with their children and some teachers to discuss the disaster.

The pandemonium reached a high pitch when two students, in a spate of about 10 minutes, collapsed in their dormitories and were rushed out when the Ashanti Regional Minister was having a crunch meeting with some students, teaching and non-teaching staff and some agitated parents on the way forward in the school.

Parents again started running helter-skelter to look for their children, while some students took their baggage and headed towards the school gate, where some passenger vehicles were waiting to take them home.

Other students were seen weeping uncontrollably, with many more praying fervently for the Almighty God to intervene. 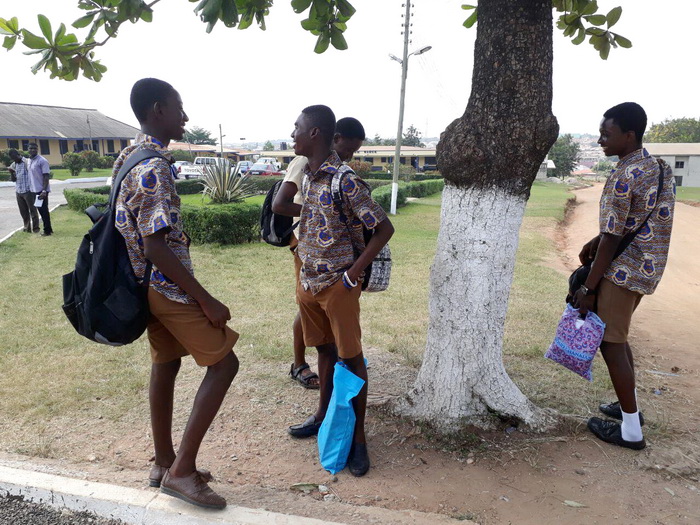 Addressing the students, parents and staff after calm had been restored, the Ashanti Regional Director of Health Services, Dr Emmanuel Tenkorang, said after painstaking tests, it became clear that the deceased tested negative for the viral haemorrhagic fever and that meant that there was no case of meningitis.

He said from the pathologist’s reports, it was suspected the death could have been caused by a bacterial infection.

He said the health authorities suspected that the deaths could have been caused by atypical bacterial, hence the use of the broad spectrum antibiotic called Azithromycin.

He said the drug, which would be taken for three days by all the staff and students on the school compound, would most likely cut the infection, adding that after that “we will embark on an intensive scanning of the entire school environment to determine if any infection is hiding somewhere”.

Addressing the parents, Mr Osei-Mensah said because the health experts could not pinpoint the exact cause of the recent deaths, it would not be advisable to allow the students to go home.

He said allowing the students to go home without taking the full dosage of the drugs could lead to the spread of the infection in various homes, a situation that could lead to a national disaster, with national security and health threats.

He assured the parents that after the students and their teachers had completed the dosage and been monitored by the health specialists currently based in the school, a decision would be taken on whether or not the students should go home.

Mr Osei-Mensah said the school authorities and the government would take a decision on those students who had left for home because it would not be advisable for them to rejoin those who had taken the medication. 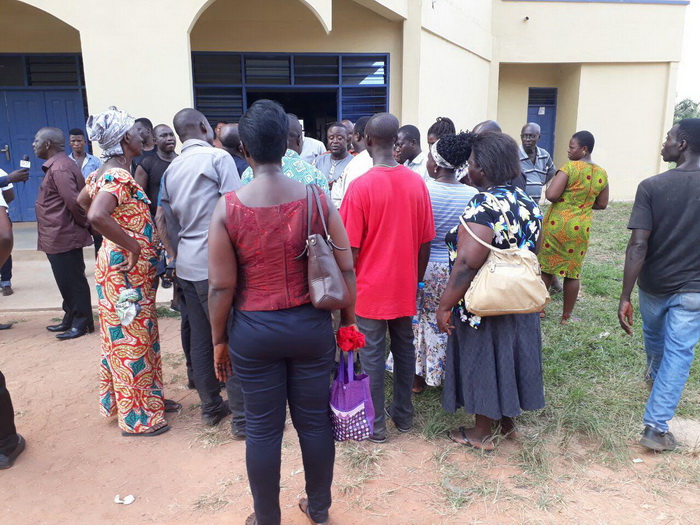 Some parents pleaded with the regional minister to allow them to take their children home.

Others also pleaded to be given the opportunity to commence all-night prayers and fasting to bring a closure to the inexplicable deaths which they believed were spiritually induced.

Some day students the Daily Graphic spoke to said they would not enter the school until they heard there were no more deaths.