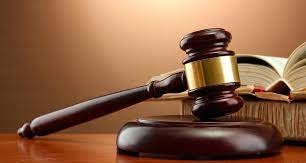 A 43-year-old man has been sentenced to 10 years imprisonment in hard labour for raping and impregnating his 16-year daughter at Doba in the Kassena Nankana Municipality in the Upper East Region.

John Awanako Achaweni, who has two wives, had sex with his daughter on numerous occasions, got pregnant, helped her abort the baby, and got jealous when he found out that she was chatting with another man.

He pleaded not guilty to the charge of incest but was found guilty by the Bolgatanga Circuit Court presided over by Alexander Graham after a full trial.

Delivering the sentence, Mr Graham said the prosecution proved its case beyond reasonable doubt to establish the guilt of Achaweni.

Prosecuting, Chief Inspector Osman Ndego said the complainant in the case was one of the wives and the mother pf the victim.

According to him, the convict and the complainant had five children with the victim being the eldest.

The prosecutor said in July last year, the complainant detected that the victim was pregnant and when she asked her about the person responsible for the pregnancy, she mentioned her father.

Chief Inspector Ndego said when the wife confronted Achaweni, he threatened to kill the wife if she informed anyone about the incident.

He subsequently, gave her an amount of GH 1,000 to aborrt the pregnancy.

Chief Inspector Ndego said on October 27, last year, at about 8:30 p.m., Achaweni heard the victim speaking to a male friend on the phone and suddenly became angry, asked the girl to pack her belongings from the house so that he woud hand her over to the person she was speaking to.

The daughter, the prosecutor said, obliged and packed and the two left the house to the alleged boyfriend, but upon reaching a section of the road, Achaweni dragged her daughter into a nearby bush and forcibly had sex with her and afterwards took her back to the house.

The prosecutor added that when they got home, Achaweni forced his daughter to swear that she would not speak to any male friend again.

According to the prosecutor, Achaweni also locked the wife (complainant) in their room with a threat to kill her for giving her mobile phone to the victim to call her boyfriend.

He explained that the wife was rescued from her room by a neighbour, and quickly rushed to the police station to report the incident, leading to the arrest of Achaweni.