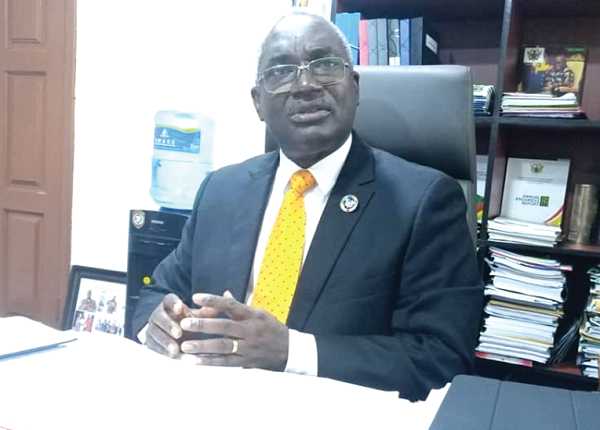 The National Development Planning Commission (NDPC) is currently brainstorming on the feasibility and prospects of creating a new capital city for the country.

The commission is expected to conclude discussions and advise the government on the critical path to follow — between creating a new capital city and maintaining Accra as the administrative capital.

The Director-General of the NDPC, Dr Kojo Mensah-Abrampah, who made this known to the Daily Graphic, said the commission would filter various expert perspectives on the issue to arrive at the best decision that would propel the country's development trajectory.

He said the NDPC commenced discussions on the status of Accra as the capital city following a proposal that had been put before it by the Jubilee House to provide technical advice for the President on the key decision to take on the matter.

"The issue of maintaining Accra as the capital city or creating a new capital has been formally tabled before the NDPC. I got the message from the big house that we need to have that dispassionate discussion about it and advise the government on the best way forward.

"We will put this before the 49 commissioners of the NDPC to think through it in our next meeting and firm up a decision on what is best to do in our current situation," he said.

Conflicting views have emerged on whether to relocate Ghana’s administrative capital from its current location - Accra.

While one school of thought proposes the creation of a new capital city as a measure to decongest Accra, the other maintains that the administrative capital should remain in Accra, while strategic modules are adopted to spread development to other cities to help decongest the capital city.

Crux of the matter

It is in a bid to find a way out of these conflicting positions that the Presidency called on he NDPC to provide technical advice on how to proceed on the matter.

The NDPC Director-General said the commissioners who were required to sit on the request by the Presidency were top-notch planners and development experts whose knowledge and inputs would be critical on which way to go.

He explained to the Daily Graphic that those who were rooting for the relocation of Accra based their argument on a spatial theory that required the capital of a country to be developed at a place that could trigger a 360 dimension.

He noted that the other thing those people argued against Accra continuing as the capital city was its risk in terms of disaster.

"They also argue that it is an earthquake zone," he said.

Dr Mensah-Abrampah, however, said as a planner himself, he was more inclined towards the concept that in urban planning, authorities should come up with things that would let activities and populations out of the capital city, rather than create a new capital.

"The key thing we will have to look at is that creating a new capital is very expensive, as it capital intensive. This will have to guide our choice or decision," he said.

He observed that it was possible to take some strategic ministries, departments and agencies (MDAs) out of the capital to suitable places in other regions to distribute the population.

For instance, he said the ministries of Lands and Natural Resources and Trade and Industry could be taken to Tarkwa in the Western Region and Techiman in the Bono enclave, respectively.

The NDPC Director-General observed that one of the key roles the commission played was to fashion out strategies that would ensure balanced development across the country.

In that regard, he said, when the capital city was maintained in Accra, there would be the need for conscious efforts to be made to tap into the development potential of every part of the country to take pressure off the national capital.

He noted that when towns and regions that served as agricultural belts, commercial zones and tourism enclaves were supported to develop and provided with the needed infrastructure, it would open up those areas for development and equitable distribution of the population.

Dr Mensah-Abrampah stressed that it was important for more investment in the country’s transportation infrastructure to facilitate the movement of the people.

He noted that when the transportation network was good, people could easily move to the capital city and other parts of the country without necessarily migrating to the city.

Accra has been the capital city of Ghana dating back to 1877 when the British colonial administration moved the seat of government from Cape Coast to Accra.

After Ghana gained independence in 1957, Accra retained its status as the national capital.

Apart from being the administrative capital, the city of Accra hosts almost all national installations and governance institutions.

It has virtually become the central point for all services and the hub for economic activities.

Consequently, the capital city has been inundated with migrants from all over the country and neighbouring countries.

Currently, it hosts over five million of Ghana’s 30.8 million population.