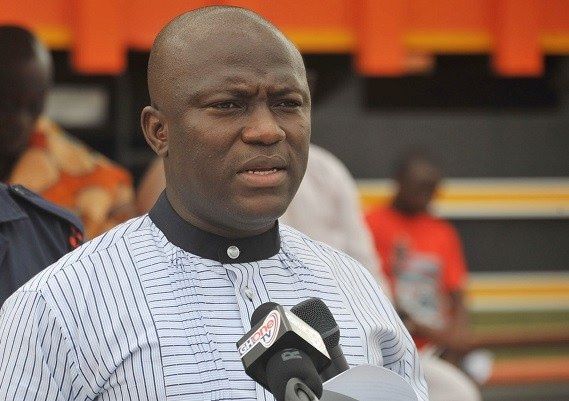 The construction of the Jamestown Fishing Harbour is set to commence January or early February next year, the Mayor of the Accra Metropolitan Assembly (AMA), Mr Mohammed Adjei Sowah has said.

The Mayor disclosed this at the Graphic-AMA Farmers' Day 2019 fair held at the forecourt of the AMA offices.

The fair was held as part of activities to commemorate this year’s Farmers' Day in Accra.

According to Mr Sowah, the Ministry of Fisheries has finished taking into account all of the project's relevant factors making it possible for the construction to begin January 2020.

He said the Ministry of Fisheries has concluded the requisite feasibility studies at the project site and come January or early February, the construction of the Jamestown Fishing Harbour will start".

Award Winners
The Assembly honoured farmers, fishermen, processors, market associations and other individuals involved in Agriculture in the Metropolis who excelled and deserved to be appreciated.

A total of 10 awards were given to individuals and groups who emerged best in their respective categories.

He owns a fishing vessel called the Black Pioneer and has eight employees.

He owns 10 houses at Glefe and two others at Chorkor, both in the Greater Accra region. 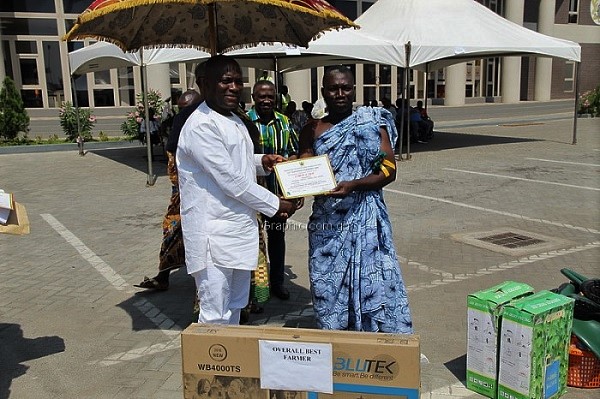 For his prize, he was handed a Motor King tricycle, a smart tv set, cutlasses, four pairs of gloves and three pairs of Wellington boots.

Mr Oblite in his remarks thanked the Assembly for recognising his performance in the agricultural industry.

"Thank you very much because today, I have also received an award meaning my work has not been in vain", he said

The award for the best institution went to the St Mary's SHS at Korle-Gonno.

The school with a population of about 1,400 and close to the sea, has planted over 50 trees of different species around the school compound to avert the negative effects of windstorms.

St Mary's SHS also receives a number of coconut seedlings as their share of planting for export and rural development.

All three were awarded a chest freezer each (600 litre), four pairs of gloves, three pairs of Wellington boots and cutlasses. 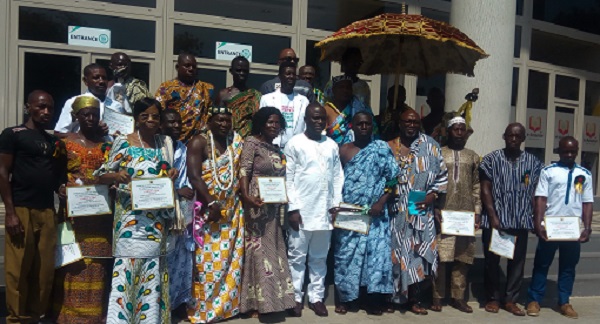 Mr Adjei Sowah (Middle) and other dignitaries present at the event with award winners (holding certificates).

Mr Adjei Sowah congratulated and thanked all the award winners for their effort to help in the development of the country.

He assured them of the assembly’s support and also urged them to expect improved prizes next year.

"Let me thank all the award winners for what you have done for this country and assure you of our continuous support that, come next year, the prizes are going to be much different and you will be very much happy that you chose a vocation in farming", Mr Adjei Sowah said.