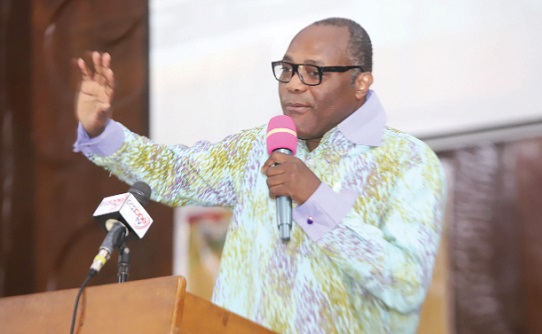 Participants in a forum on constitutional reforms have made a case for a thorough review of the 1992 Constitution in line with current dynamics.

The participants, mainly lawyers, politicians, students and social commentators took turns to express their concerns in support of a review of the constitution to help accelerate the transformation of the country.

While some maintained that excessive and unrestrained appointment powers and influence granted to Presidents created a winner-takes-all environment in the democratic dispensation, others said the four-year tenure was limited and needed to be extended to at least 10 years.

The concerns of the participants, which border on reforms, dominated discussions at the forum organised by Africa Reform Movement (ARM) at the University of Ghana (UG) in Accra last Saturday.

The forum was used to launch the First Alliance of Independent Reformers (FAIR), a political institution established to sponsor individuals to contest for political positions in the country.

An initiative of ARM, the FAIR is expected to serve as an alternative to the New Patriotic Party (NPP) and National Democratic Congress (NDC).

The Chief Executive Officer (CEO) of Finest Productions, Kwesi Kyei Darkwah, who chaired the forum, stated that the constitution had outlived its usefulness and for that reason needed reforms.

He explained that intellectuals in the country privately agreed to a thorough review of the constitution, yet disagreed with same in public.

The renowned media personality added that because Ghanaians lived in a duopoly, they did not look out for people with better ideas.

The President of ARM, Dr Nii Amu Darko, said many Ghanaians preferred a comprehensive review of the constitution into a better document that could spur development and prosperity.

“It is our property, we own the Constitution; we can dictate what we want to do with it. If we don't like it, we can do something about it. We adopted and enacted it so if we want to reform it, it is our property and we have the right over it,” he said.

A Senior Partner of Logan and Associates, Maxwell Logan, said the purpose of the Constitution was for the people of Ghana to exercise their rights for the establishment of a governance framework to secure its posterity.

He said the presence of liberty, equality, prosperity and opportunity was to cast a duty on all citizens to constantly examine their socio-political circumstance in order to discharge their duties in contribution to a functional society.

A level-100 Accounting student of UG, Wesley Oppong, during the open forum, stressed the need for the constitutional review to reflect an extended tenure of office for the President.

He said the four years of office granted to the President should be extended to at least 10 years.

That, he said, would provide an adequate time for the President and the government to embark on a solid developmental agenda.

A participant, Emmanuel Lartei Lamptey, said there should be clearer checks and balances among the three arms of government: the executive, legislature and judiciary.

He said each arm should be allowed to play its role without any interference rather than the phenomenon where the executive secured a third of its members from Parliament.

Mr Lamptey said that situation caused a huge conflict of interest in the appointment of the executives and needed to be changed.

Another participant, Calvin Powell, said the power to appoint municipal and district chief executives (MDCEs) should be taken from the President.