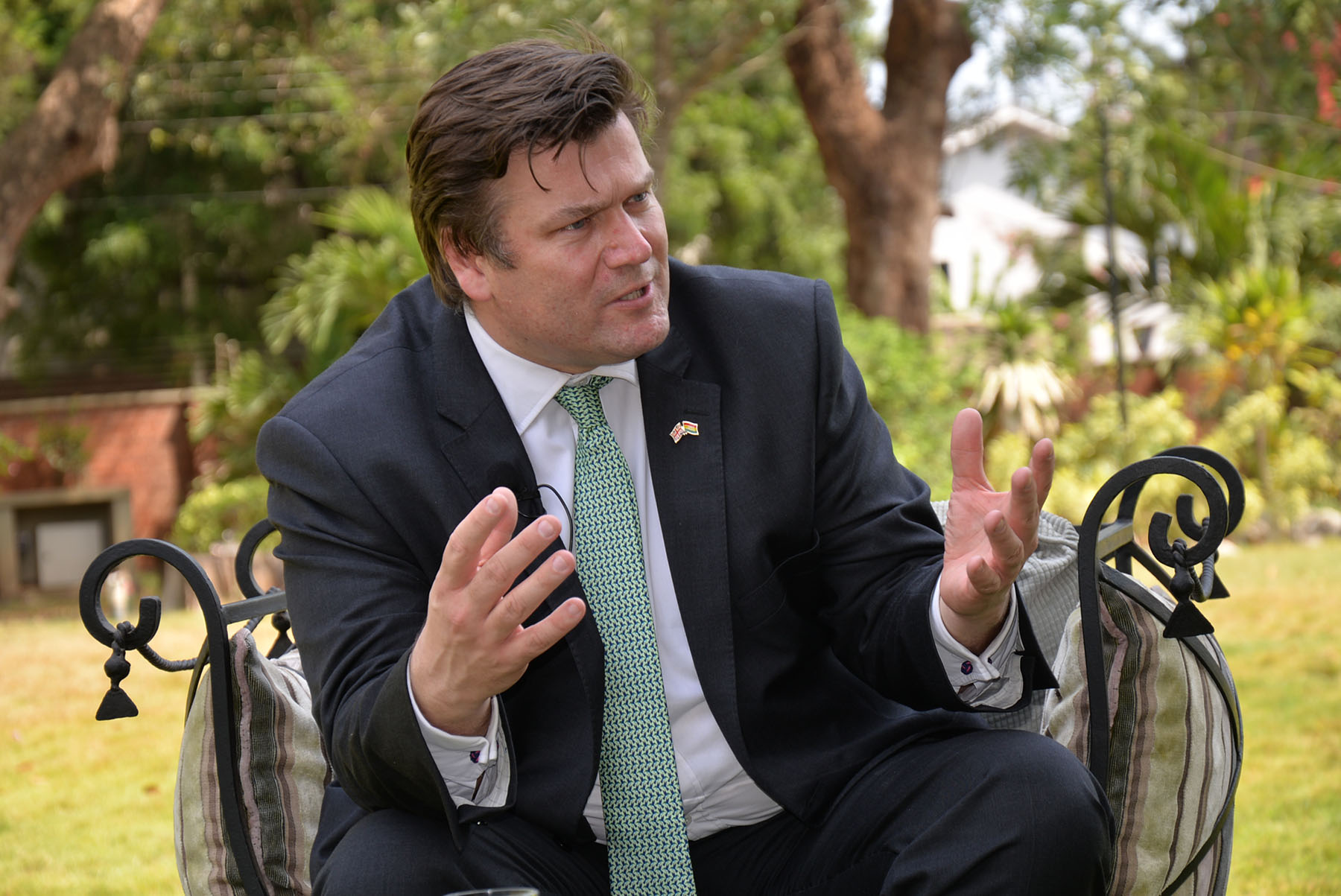 Ghana and the United Kingdom (UK) are collaborating strongly to increase their levels of activities in the Gulf of Guinea to deal with the threats of piracy.

In line with this, the Ghana Navy and the Royal Navy of the UK are deepening cooperation to ensure that the Gulf of Guinea is secure and safe for vessels in order to boost trading and economic activities.

This was made known to the Daily Graphic by the UK Minister of Armed Forces, Mr James Heappey, in an exclusive interview when he visited the country last week.

He was in Ghana as part of a regional tour to, among other concerns, discuss issues of global security, particularly with regard to piracy and extremist activities..

There are about 1,500 fishing vessels, tankers and cargo ships that navigate the Gulf of Guinea on a daily basis, a European Union maritime safety fact sheet has indicated.

For more than a decade, the International Maritime Bureau (IMB) has been tracking piracy incidents in the gulf, and last year, it realised that the region accounted for 95 per cent of all kidnappings at sea, with a record 130 crew members kidnapped during 22 separate incidents.

The IMB Piracy and Armed Robbery Against Ships Report for January 1 to December 31, 2019 indicated that there were 19 actual and attempted attacks in Ghana between 2015 and 2019.

On June 24, 2020, six crew members of the Panofi Frontier, a Ghanaian fishing vessel, were abducted by an unidentified armed group suspected to be pirates about two and half nautical miles south of Cotonou, Benin.

This came after an attack on the oil tanker Fair Artemis on June 4, 2014.

In September last year, the Ghana Navy and the Ghana Air Force foiled an attempted pirate attack on an oil tanker off the coast of Takoradi.

In a circular to all agencies of the United Nations, dated February 10, 2021, the IMO Secretary-General, Kitack Lim, said: “The illicit incidents in the Gulf of Guinea currently present a serious and immediate threat to the safety and security of crews and vessels operating in the region.”

Mr Heappey noted that it was part of the vision of the Royal Navy to be a more globally deployed force.

“I am not going to say to you that by five years' time all the piracy would have gone away, but what I will say to you is that there will be increased levels of activities between our two navies and I am certain that they will have an impact on the security situation in the gulf,” he said.

Mr Heappey indicated that the UK would take the lead to work with its friends and allies on the coast of the gulf to improve the security situation.

“Ghana is a vital security partner and the UK greatly values our relationship. It is also a beacon of stability in West Africa and there is so much which our two countries share – from values like promoting democracy and multilateralism, to tackling threats like terrorism, extremism and organised crime.

“That is why it is crucial that we continue to work together hand-in-hand to tackle these problems and defend our way of life, and the UK looks forward to expanding and deepening our cooperation going forward,” he said.

He noted that with the Gulf of Guinea having one of the highest concentrations of piracy in the world, “your friends from the UK would want to work with you to turn the tide on that to develop a more secure environment in which trade can flow”.

Mr Heappey was in the country for a three-day visit as part of a tour of West Africa.

“So it has been a very busy programme. In the course of those meetings, I have been able to hear their concerns about threats of extremism in the Sahel and the risk of contagion into northern Ghana. I heard their concerns about maritime threats in the Gulf of Guinea,” he pointed out.

He posited that he had been encouraged to hear what the officials said, adding: “I am confident that there is a lot the UK will be able to do to help the Ghanaian government in its ambitions to deliver security on those two fronts.”

PHOTO: Mr James Heappy, the UK Minister of Armed Forces, in an interview with Mr Emmanuel Boney, a Staff Write of the Daily Graphic. Picture by ALBERTA MORTTY

On what the UK government was doing specifically to assist in that direction, Mr Heappey said the UK military was already heavily engaged in Ghana, and that there were British Army training teams working with some Ghanaian regiments in tactics to train them to undertake operations, among other things.

“Yesterday, I saw the 64th Commander Regiment which has been working with the British training team and they had really enjoyed each other's company and what I saw was impressive .... a well prepared regiment ready to defend Ghana,” he said, adding that that was the blueprint for the UK Army and its Ghanaian counterpart to do more.

Mr Heappey said once the Ghana and the UK armies enjoyed working alongside each other, “we should reinforce that success and look at what more we can do to work together and operate together”.

In terms of support, he said it was not limited to the Ghana Armed Forces and cited the COVAX vaccine donation, saying the UK had supported to get vaccines to all parts of the world.

The UK is one of the largest bilateral donors to COVAX, contributing £548 million.

COVAX is helping to supply one billion doses to 92 developing countries in 2021 and supporting global equitable access to COVID-19 vaccines.

Through COVAX, the UK is supporting the fair and equitable distribution of entirely free COVID-19 vaccines for up to 500 million people in low and middle-income countries during 2021, covering 20 per cent of their populations.

Mr Heappey emphasised that the measure of success he wanted to see between the UK Ministry of Defence and that of Ghana “is focused on two key areas. Firstly, that we develop a mutual understanding of what the Ghanaian plan is for keeping violent extremism out of the north of the country, and when we understand that plan, we can see where the opportunities are, where Ghana would like our help, our support and what we can do”.

That, he said, could involve the purchase of vehicles and other equipment and training opportunities for the Armed Forces.

“That is the conversation I have asked our generals to start having with your generals, so that we can look at what those opportunities will be,” he said.

In the maritime domain, Mr Heappey said there might be ships that the Ghana Navy would like to buy, “but what matters to me much more is the Royal Navy and the Ghana Navy getting closer in the way that they work together to counter piracy”.

“Just because we have been involved in operations in Yemen and Somalia, countering piracy, does not mean that the same tactics are necessarily the right ones for the Gulf of Guinea. It is a mutual relationship, where the Ghana Navy and the Royal Navy would need to learn from each other, to our mutual advantage, in order to end up with two navies which are very competent operating together,” he said.

Asked how soon the collaboration would begin, he said in a few weeks' time, the UK Prime Minister would announce the UK's foreign policy to that effect.

Mr Heappey said he was in Ghana because the country was a key friend and partner of the UK's, with a shared relationship in their Armed Forces that had remained very close and very strong over the past decades.