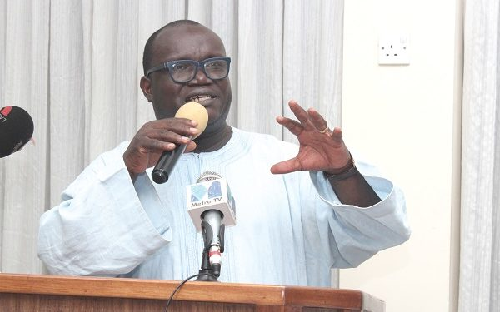 The station will air campaigns and causes that are core to the teachings of the church such as life, family and environment.

The inauguration in Accra was performed by the Archbishop of the Tamale Diocese of the Catholic Church, Most Reverend Philip Naameh.

“The Catholic Church is expected to play a leadership role also in the media, which is to cover things which other media houses cover, but making a conscious effort to filter the fake,” Most Rev. Naameh said at the tape-cutting ceremony.

He added that LCTV would focus on truth, justice and charity and would consciously defend the weak.

“So, this is going to be the emphasis; reportage that would not divide or separate Ghanaians but bring them together as one people,” he stated.

The Chairman of National Catholic Television Project — Implementation Committee (NCTP-IC), Dr Kenneth Ashigbey, reiterated that the outlet was not just for liturgical things, but a station that would deal with education, information, entertainment and evangelism.

Dr Ashigbey stated that the LCTV would require a lot of support and volunteers to achieve its goals and calling.

“We are hoping to raise funds from donations primarily from members of the church and those who are committed to supporting the cause of what we do,” he said.

He also stated that the network would be complemented by Facebook, Instagram, YouTube and other social media handles to enable it reach audiences at their convenience.

The programme and content would be produced from all the dioceses acting as diocesan bureaus.

“The vision is to be innovative, evangelistic and an authentic global media. It borders on a number of values such as integrity, quality, consistency, customer focus and maturity,” Dr Ashigbey added.