Boy, 12, drops out of school due to ill health and poverty 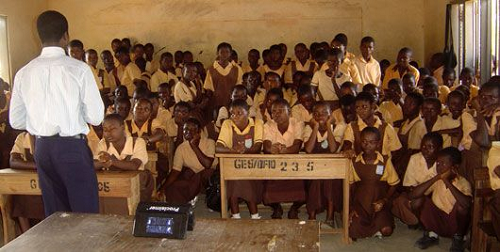 A 12-year old boy at Tinosobligo, a suburb of the Bolgatanga Municipality of the Upper East Region has dropped out of school due to ill health.

The boy has been sick for the past six years and due to poverty, his parents have not been able to provide him with basic necessities including clothes as well as sending him to hospital for proper medical attention.

The boy's parents have instead resorted to herbal treatment but his condition further deteriorated and as a result became paralyzed.

When Graphic Online visited the home of the boy on Thursday, August 26,2021, to confirm the sad story, it was clear that the boy was in pains.

He was not wearing any clothes and cried intermittently whenever he is touched by anybody including his parents.

As a result of his condition, he has developed sores on his back(posterior part of the body) since he has been lying on the floor most often in a supine position.

The boy therefore needs urgent medical attention although the matter has been reported to the Department of Social Welfare and subsequently the Domestic Violence and Victims Support Unit(DOVVSU)of the Ghana Police Service at Bolgatanga.

A  good Samaritan, Mr Edem King who led the Graphic Online news team to the boy's house later revealed that initially, two women Evangelists, Rosina Asaba and Sebastian Atanga met the child in that condition during one of their visits to the community to preach the Gospel to the people.

The two women later realized that the boy's health was deteriorating and they reported the issue to the Department of Social Welfare.

Mr King therefore entreated benevolent organizations and individuals to support the boy to enable him stay alive and continue his education.