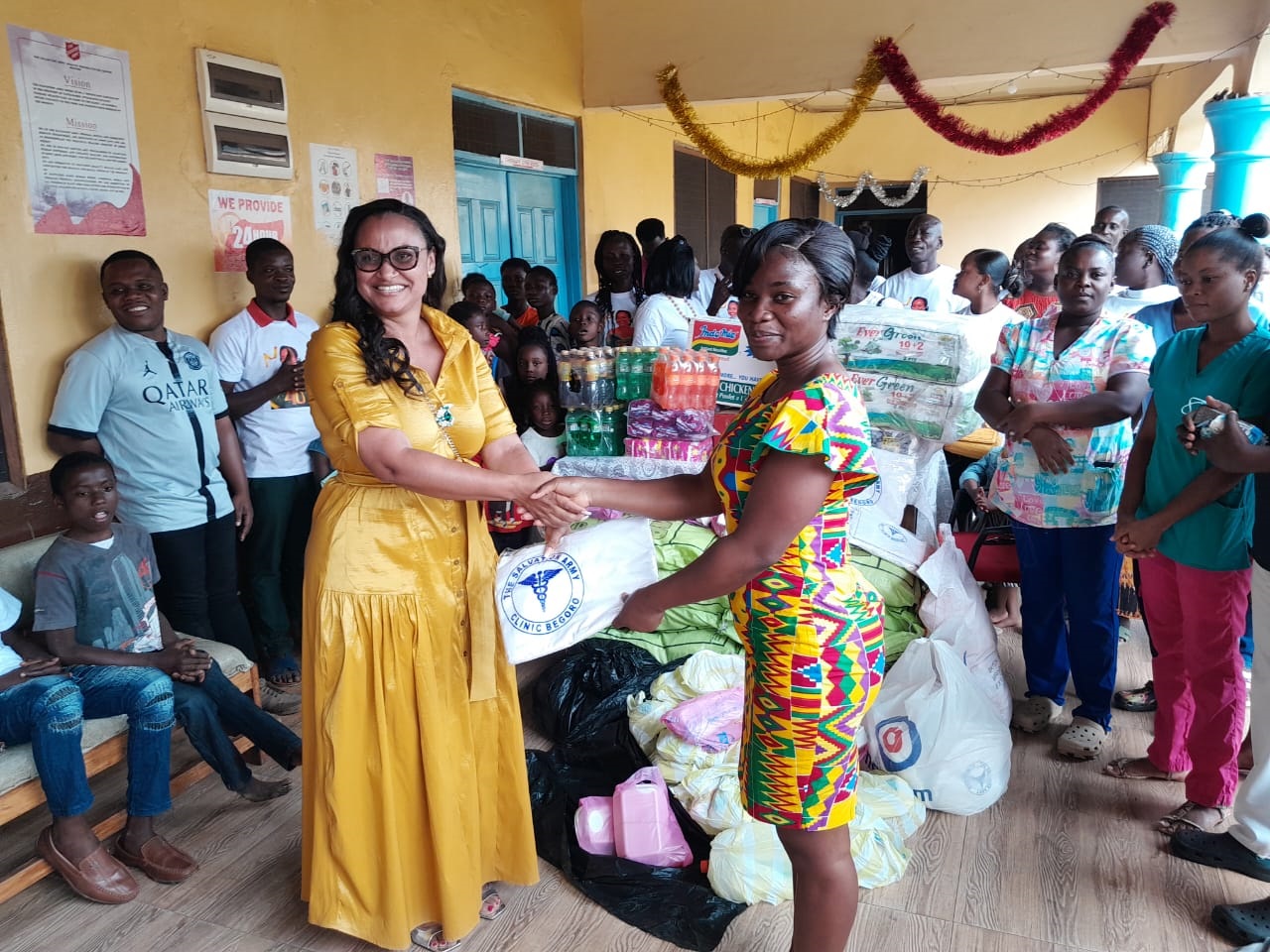 As part of activities marking this year's Christmas at Begoro in the Fanteakwa North District in the Eastern Region, a business woman chose to mark her 40th milestone with donations to three establishments in the town.

They are the Nation Builders Orphanage, the Salvation Army Clinic and Rehabilitation Centre and the Begoro Government Hospital.

Barbara Makara-Maccusen, an entrepreneur donated 10 bags of rice and other food items to the orphanage.

The Salvation Army Clinic and Rehabilitation Centre aside the food items also received bed sheets same as what the Begoro Government Hospital Paediatric Department received in addition to toiletries.

Medical bills of three patients at the Paediatric Department at a cost of GH¢1,000 was also settled by Barbara.

Mrs Makara-Maccusen said her plan was to celebrate her 40th birthday with the less privileged.

The Nurse Manager of the Salvation Army Clinic and Rehabilitation Centre, Madam Solace Kwashie who received the items on behalf of her facility thanked the donor for her kind gesture.

A Nurse in charge of the Paediatric Department of the Begoro Government Hospital, Elizabeth Lani Ashiangmor said although the nurses were doing their best for the patients, there were challenges which included designs on the walls to attract children and finance.