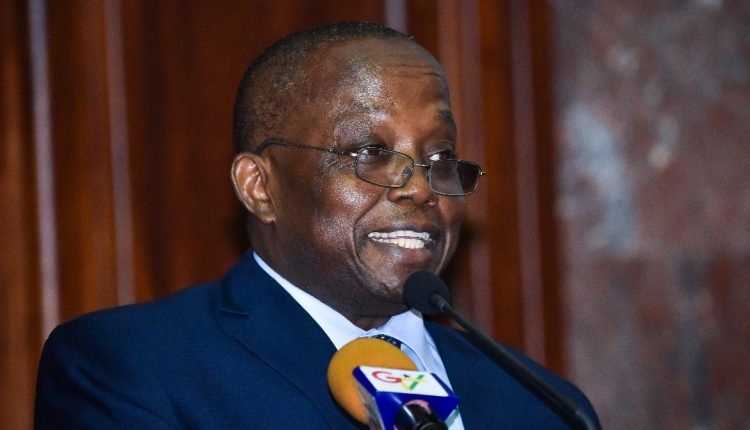 The Auditor-General intends to surcharge persons involved in scholarship awards and also disallow expenditure items of the GETFund Secretariat, in accordance with Article 187(7) (b) of its mandate.

This follows recommendations by the Auditor-General after faulting the GETFund for not being fair in the award of scholarships to those in need.

The Auditor-General has also accused the secretariat of not instituting a robust selection process, leading to the haphazard granting of scholarships to Ghanaians, to the detriment of those who really need them.

As part of the recommendations, the report said “ the Auditor General may disallow the expenditures by GETFund Secretariat in the management of foreign scholarships which he deems were contrary to law and surcharge the persons involved.”

The Auditor-General’s findings between 2012 and 2016 have come up with a list of 88 scholarship beneficiaries, including Dr Mathew Opoku Prempeh and Ms Adwoa Safo, both Members of Parliament at the time they benefitted and current prominent members of the government.

Also named is Dr Prince Hamid Armah, currently the Executive Secretary of the National Council for Curriculum and Assessment (NaCCA).

However, Dr Opoku Prempeh, the Minister of Education, has described the findings as “a story, born out of mischief and lies, intended to cause disaffection”.

Dr Armah, also in reaction, said the report was a “palpably false story that is driven purely by the worst political instincts”.

On the list, Dr Opoku Prempeh is named as having received $12,800 for living expenses and $11,200 as tuition fees to undertake a three-week programme in National and International Security at the John F. Kennedy School of Government at Harvard University, while Ms Safo also enjoyed $12,800 in allowances and $17,004 in tuition for a short course at the same university.

Dr Armah, for his part, received a benefit of £38,400 for living expenses, in addition to £33,000 for tuition, to pursue a Doctor of Philosophy(PhD) at the University of Aberdeen, Scotland.

As part of making the GetFund more efficient, the report further recommended that the GETFund should abide by Section 2(2b) of the GETFund Act and give funds to the Scholarships Secretariat for the administration of local scholarships and desist from administering foreign scholarships.

Also, the Fund should stop administering local scholarships as their continuous engagement in administration of local scholarship constitutes duplication of duties and clearly not a mandate of GETFund;

For the Secretariat to be more prudent in its spending on scholarships, the report further recommended that the Board of Trustees should effectively exercise its oversight on the Administrator to prevent the wanton spending of public funds.

The GETFund Secretariat, in response to the findings, stated that the award of scholarships under its mandate was not limited to the needy, brilliant students, as stated by the Auditor-General in its performance audit report on the administration of scholarships by the fund.

Quoting the GETFund Act 2000, Act 581, to back its case, the fund said its mandate allowed it to extend support for other educational activities and programme to serve strategic national interests.

The GETFund Act 2000, Act 581, stipulates that the objective of the fund is to provide financial support for the agencies and institutions under the Ministry of Education, through the ministry, for the development and maintenance of essential academic facilities and infrastructure in public educational institutions, particularly in tertiary institutions.

“The fund may, per its mandate, also provide support for such other educational activities to serve strategic national interests,” it states.

It is also to provide supplementary funding for the Scholarship Secretariat for the grant of scholarships to gifted, needy students for studies in second-cycle and accredited tertiary institutions in Ghana.

It is also to, among others, contribute money from the fund towards the operation of students loans schemes for students in accredited tertiary institutions through loan scheme mechanisms and agencies approved by the Minister of Education.

It is also to provide, through the National Council for Tertiary Education, grants for tertiary institutions to train brilliant students as members of faculties and undertake research and other academic programmes of relevance to national development.

Although Dr Opoku Prempeh confirmed being a recipient of a GETFund award in 2014 to participate in a three-week certificate programme at the Kennedy School of Government, Harvard University, he wondered why it had become an issue now, as he had not benefitted from any such support since he became a minister.

“This impression is false and calculated to cause embarrassment and public ridicule. I have not received any form of sponsorship for any programme or course of study from the GETFund or the Scholarship Secretariat since becoming a minister,” he said.

Reacting to the issue on his Facebook Wall, Dr Armah explained that he was a needy student at the time he applied for a GETFund scholarship to study for a doctorate degree in 2012.

He said not only did he deserve the scholarship, but that it was also validated.

He said the scholarship predated his current position.

“That I am, indeed, a proud and grateful recipient of a Ghana Education Trust Fund scholarship. That I applied for and won the scholarship in 2012 to study for a doctorate in Mathematics Education at the University of Aberdeen in the United Kingdom in 2012.

“That not only was this scholarship deserved, it was validated, if that were needed, by several awards and grants awarded by various institutions in the United Kingdom during my period of study. That in fulfilment of the promise I made, I immediately returned to Ghana after my studies, despite the opportunity and ability to remain in the UK to take up more lucrative appointments.

“That I believe that the scholarship scheme we have is best used to support needy students, as I was then, in order to give them a chance to contribute to the task of nation-building, as I have done every day since my studies.

“In conclusion, I urge the public to disregard this palpably false story that is driven purely by the worst political instincts that we must work to banish from my nation, while we actively work to expand opportunity and bridge the social and economic inequalities in our nation, a task I am fully committed to in my duties at the National Council for Curriculum and Assessment,” he emphasised.