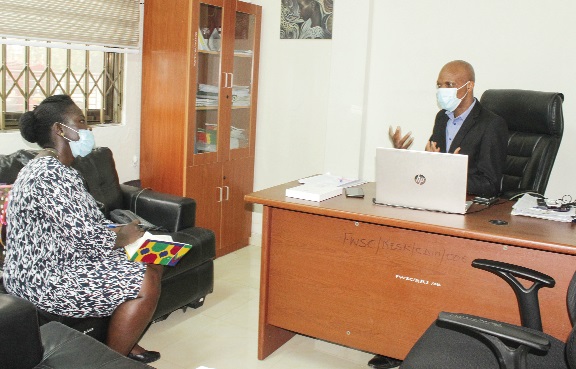 The Fair Wages and Salaries Commission (FWSC) has called on public sector workers to accept the seven per cent salary increment while the National Tripartite Committee looks into their concerns.

Some workers have raised concerns over the increment, which they describe as low and cannot meet rising living conditions.

In an interview with the Daily Graphic in Accra yesterday, the acting Director in charge of Research, Monitoring and Evaluation at the FWSC, Mr Earl Ankrah, said the government would not brush aside the concerns raised by workers, as it was interested in their well-being.

Mr Ankrah, who is also the Head of Public Affairs of the commission, said negotiations for the 2021 and 2022 salary reviews, which concluded on an increment of four and seven per cent, respectively, were a difficult task, taking into consideration the emergence of the COVID-19 pandemic in 2020.

“There are misconceptions that the increment was thrown down from government, but it was negotiated,” he said.

According to him, at various points during deliberations on the reviews, representatives of the parties sought to go and consult their constituents on how the national purse would be able to accommodate the increment.

Mr Ankrah said it would be of concern to the FWSC if workers’ unions rejected the seven per cent increment because it had been accepted at the negotiating table.

“The agenda of the commission has been to ensure that workers get the best in terms of wages and salaries. The government does not do this alone; we make sure that all parties are involved.

“For those who are aggrieved with the increment, we would like to applaud them for voicing their challenges,” he said, adding that the government welcomed all views that would influence future negotiations.

Mr Ankrah also said there were considerations to review the Single Spine Salary Structure (SSSS) introduced in 2010, on which the wages, allowances and salaries of public workers had been determined over the past 11 years.

He said the policy had, over the years, done so well to address issues of inequalities in the pay structure of public sector workers and, therefore, the perception that the structure was making workers worse off was not entirely true.

Mr Ankrah said the SSSS, being a human-related system, required periodic review, for which reason there had been ongoing discussions on the issue.

Besides, consultants had recommended periodic reviews of the pay structure, he added.

“Technology is making the workplace change time after time. Recently, we had COVID-19, which changed the work situation altogether, so it has become very necessary to do a review,” he explained.

He noted that the review would not be done by the commission alone but together with key players.

The FWSC, Mr Ankrah said, would engage as much as possible to arrive at certain decisions concerning salaries that would be sustainable and accepted by consensus.