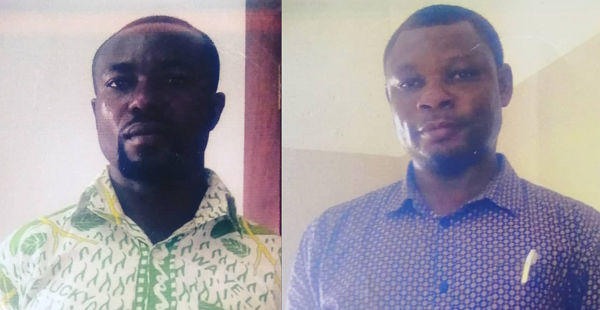 The Kumasi High Court has sentenced two teachers to four months imprisonment for defrauding 82 nursing training students to the tune of GH¢164,000.

Kwabena Kingsley, who was also a parliamentary candidate in Election 2012 in Afigya Kwabre East on the ticket of the Progressive People’s Party (PPP), and Francis Osei, duped the students after convincing them that they could help them secure scholarship from the founder of the PPP, Dr Paa Kwesi Nduom.

Kingsley was slapped with a three-month jail term, while Osei was sent to the cooler for one month.

The two had pleaded not guilty to three counts of conspiracy to commit crime, defrauding by false pretences and forgery, but were found guilty of all the charges after two years of trial.

Delivering his sentence, the presiding judge, Justice Francis Obiri, said the court took into consideration the fact that the convicts were first time offenders, were remorseful, and had a lot of dependents.

The judge said he also took into consideration the fact that the convicts had refunded part of the money involved to the complainants.

According to the facts of the case as presented to the court by the prosecution, Ms Marie-Louise Simmons, Kingsley and Osei were teachers at the Najahiya Islamic Junior High School at Moshie Zongo and Nuria Primary School at Ayigya respectively, both suburbs of Kumasi.

She said sometime in February 2016, Kingsley, who contested as the parliamentary candidate on the ticket of the Progressive People’s Party (PPP) for the Afigya Kwabre East in 2012, and Osei approached two students of the Premier Nursing Training School at Buokrom that Dr Paa Kwesi Nduom was running a scholarship scheme to assist students to pay half or part of their fees.

She said the two teachers demanded that the students paid half of the fees to them while the scheme topped up and “paid” the full fees into the account of the school at Stanbic Bank.

The convicts would later furnish the students with the pay-in-slips from the bank, which were later found to be forged, to enable them to get their registration with the school.

Ms Simmons said through the act, the first two beneficiaries managed to get a lot of their mates to register with the convicts and paid various sums of money as part of their fees.

However, she said, the two teachers did not pay even the full amount paid to them by the students but rather paid just a fraction and forged the pay-in-slip to reflect the full fees.

She said this came to light when the school tried to reconcile the fees paid by the students with bank statements.

The prosecutor told the court that the students involved were accordingly informed about the anomaly and a formal complaint was lodged with the police, leading to the arrest of the two.

The prosecutor, a Principal State Attorney, however, expressed disappointment with the sentence, saying it was too lenient and not deterrent enough.

She told the Daily Graphic that considering the amount of effort put into the case and the manner in which the two went about the scheme to defraud innocent unsuspecting students, some of whom were unable to complete their courses, “the court could have given a more deterrent sentence than the three and one month sentences”.

Ms Simmons said the convicts were teachers who should serve as role models in society, but it was clear that their acts were carefully planned, and getting away with such sentences would not deter others from doing same.

While admitting that the related crimes carried a minimum sentence of a day and a maximum of 25 years, she said she expected at least six months or a year’s sentence.

Ms Simmons said she would contact her superiors over their next line of action.