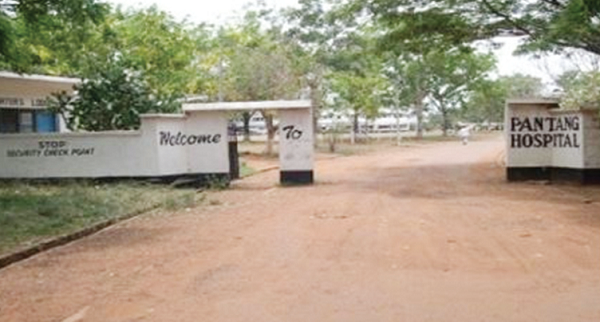 The Pantang Hospital — One of the three public mental health hospitals in the country
30.5k Shares

Ten years after the passage of the Mental Health Act 2012, Act 846, mental healthcare delivery in the country is nowhere near satisfactory.

The Chief Executive Officer (CEO) of the Mental Health Authority (MHA), Dr Akwasi Osei, who made this known, however, said the situation was far better than the years preceding the promulgation of the law.

Speaking with the Daily Graphic in Accra last Sunday, Dr Osei called on the government, which is the major stakeholder, to prioritise mental health.

The interview was informed by the ongoing advocacy for mental health issues in the Global Mental Health Week.

Dr Osei posited that regardless of the socio-economic impact of mental health on the general well-being of the population, it was not receiving the needed priority in terms of financing, infrastructure, human resource and logistics.

The MHA Boss said on a scale of one to 10, he would score mental healthcare delivery six, stressing that there was more to be done.


“So far, we have not had enough attention on mental health; but we need to recognise that the country is losing seven per cent of its gross domestic product (GDP) to mental health issues.

“The government must, therefore, help provide the necessary human resource, infrastructure and logistics to improve health care and reduce mental health issues to the barest minimum,” he said.

Throwing more light on the hindrances to a robust and resilient mental healthcare sector, he said the sector was not receiving much financially.

He said one of the ways to resolve the issues in the sector was to operationalise the mental health levy under the Mental Health Law.

“The mental health levy needs to be established by the government. I know that this is not the time to talk about levy due to the economic situation, but that is the only way that we can get enough funding to take care of the mental health issues the country is saddled with.

“The levy will, among other things, create enough resources to help get people living with mental illness and living on the streets off into health facilities for care,” he said.

On logistics, which include medications, Dr Osei said the sector was not receiving anything close to enough to meet the demand.

However, he said the situation had improved from the period when the sector could run over six years without any medication.

On infrastructure, he said it was still woefully inadequate, although it had also seen some little improvement.

“Infrastructurally, we don’t have enough, yet it’s better than it used to be some time ago, in the sense that while it still remains three psychiatric hospitals in the public system and all located down south, which is not good enough, we have been able to ensure the integration of mental health into general health care.

“So basically all hospitals can now attend to mental health issues, to some extent, and refer cases beyond them. That is helping bring mental health care to the doorstep of everyone,” he said.

He explained that prior to the passage of the Mental Health Law, anyone needing mental health care had to travel from wherever he or she was to any of the three public psychiatric hospitals in the southern part of Ghana.

Calling for more facilities, Dr Osei said the government was being kind enough to provide at least two additional complete psychiatric hospitals, one in the middle belt and the other in the northern belt, to complement the existing three.

Responding to questions on human resource, Dr Osei said although the country had seen an improvement from 10 to 65 psychiatrists, the number was still far below the global recommendation.

For a population of 31 million, he said, the country required at least 300 psychiatrists for better outcomes.

He said mental health care also needed psychologists, but currently the mental hospitals had a little over 50 psychologists, as against the over 200 needed.
Explaining the deficit, he said the sector did not look attractive in terms of infrastructure, logistics and conditions of service, coupled with stigmatisation.

Dr Osei said reducing the prevalence of mental illness was a shared responsibility and not the preserve of the government or any individual.

“Let's quickly resolve issues that come our way. Everyone experiences one challenge or discomfort at a point in life. It may be financial, relationship, domestic, work related, but if we are able to acknowledge that a challenge is weighing us down and make a conscious effort to resolve or deal with it gradually by yourself or by seeking help, we reduce the risk of mental health conditions.

“Have enough rest; without that, you are unduly overburdening not just the body but the brain, which can lead to mental illness. We need to understand ourselves and the extent to which we are irritated. If we become very irritable, it’s a sign of stress and that should be quickly worked before it leads to mental illness,” he advised.

He urged families and society to desist from stigmatising and rather support by helping patients to seek care, while offering them a helping hand in things they were unable to do for themselves.

Again, Dr Osei said high advocacy would help people identify the mental health conditions of others on time and assist them in seeking help.