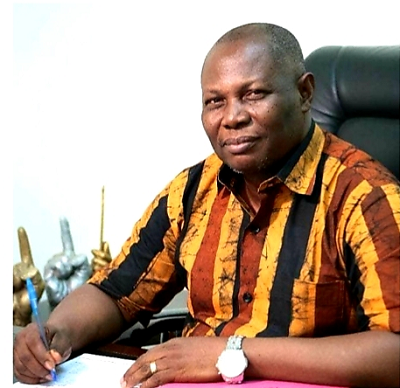 The Acting Director-General of the National Council for Curriculum and Assessment (NaCCA) of the Ministry of Education, Mr John Mensah Anang, has stated that the development of the country depends on the transformation of the economy through education.

He said it behoved stakeholders in the education sector to support every government to achieve that feat.

“For now, the government is transforming our economy through education and so NaCCA has been given the mandate to review our curriculum from kindergarten to the senior high school (SHS) level which started in 2017,” Mr Anang stressed.

The acting director-general of NaCCA made the statement during a courtesy call on him by the management board of the Education Innovators Ghana (EIG), an educational consortium and service provider in education for both public and private institutions. It was led by its Chief Executive Officer (CEO), Mr Francis Doku.

Mr Anang, who is also a founding director of EIG, spoke on the history, functions and wide range of issues in NaCCA and education in general during his interaction with the group and stressed the need for quality textbooks for schools for the pre-tertiary educational levels in the country, adding that “we are in consultation with the private publishers association of Ghana in that direction”.

He said before work started on the review of the curriculum, a ministerial advisory committee was put in place to study the educational system in other countries which submitted their report to Cabinet and that gave NaCCA the mandate to start the review work.

Mr Anang explained that over the years, whenever NaCCA reviewed the curriculum, it normally would start with subject panels from KG to SHS and within six months, every panel worked independently and produced a curriculum, “but they realised that that is dangerous because a panel for lower primary was independent of a panel of upper primary so what is developed in English for lower primary has nothing to do with the upper primary,” he explained.

Mr Anang explained further that based on the advice the curriculum was reviewed phase by phase so that they could understand the issues involved and take it to the next level.

“So we started the KG and the primary school curriculum, which is key phases one to three in late 2017 and by early 2019 we had completed. Its rollout and implementation, which is more or less like piloting, has also started.

Mr Anang said when they started the phase curriculum, NaCCA encountered a lot of challenges, but it came out with the JHS one which had been earmarked for implementation of the common core curriculum and would be rolled out in next academic year.

He said before the roll-out, NaCCA was going to engage especially the universities to know exactly the competences, the skills, knowledge and expertise that an SHS graduate would have before he/she could progress into the universities or enter into a certain faculty in the college of education, technical universities or the traditional universities in order to place himself/herself in the world of work.

The leader of the group, Mr Francis Doku, commended Mr Anang for his commitment and dedication to the development of the EIG during his term as the founding director, which had translated into his new position as the acting director-general of NaCCA.

According to Mr Doku, since the establishment of EIG in 2010, it had changed results in many pre-tertiary institutions in most parts of the country, especially schools that hitherto scored zero per cent. Such schools, he said, were now producing good results to the admiration of the Ghana Education Service (GES) and promised the EIG would continue to collaborate with NaCCA to achieve the highest success for education in the country.